Halifa inspires PDOIS youths to rise up to save Gambia 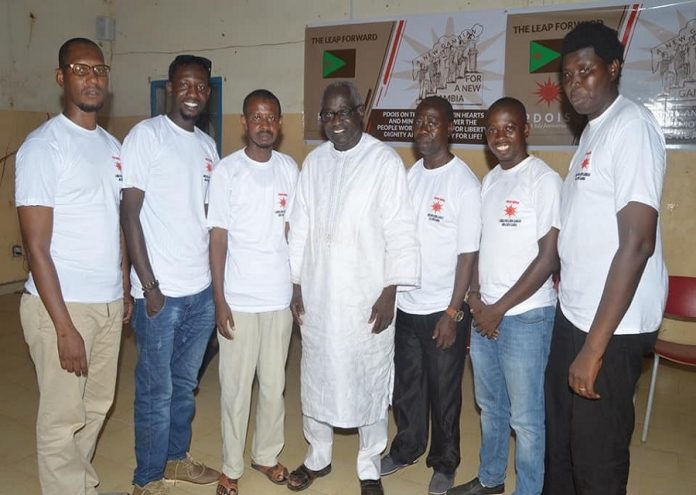 The Secretary General of the People’s Democratic Organisation for Independence and Socialism, Halifa Sallah has said that from the onset the PDOIS leadership has made it clear that eradicating poverty and tyranny as well as energising the people to harness the resources of the nation and to return this wealth back to them is more important than aspiring for the presidency.

Mr Sallah was speaking in Basse Friday at his party’s youth and women congress which coincided with the 33rd anniversary of the formation of PDOIS.

Mr Sallah urged the youths to first seek knowledge to prepare themselves and serve the nation.

“If you want to save The Gambia, rise up and and seek knowledge and be sincere and take charge.

We will support you with all the means until we descend into our graves.

When we started this work, we did not aspire to be president,” he reminded the youths.

Mr Sallah said positions do not belong to anyone but the people who then decide individuals to free them from poverty and tyranny.

“That has been our work and aspiration and not necessarily aspiring for positions to enjoy privileges.

That is why when the change came and we did not take ministerial positions, many people close to us were even asking what is politics for? Let us go and join so that we will share the privilege they have.

We refused in our belief that what you called the national cake is not to be shared on the basis of privilege positions.

It should go back to the people and that is the type of leadership we want,” he said.

He added: “So how can we struggle to run and enter the State House only to find out 2, 3, or 5years later that we could do nothing to eradicate tyranny and poverty? Do you want to leave that legacy? That is not the legacy PDOIS want to leave.

Even if we die, just simply aspiring to better the lives of our people is better than being there and serving no one”, Halifa said.

“Our eyes were not set only on the presidency or the national assembly.

Our eyes were set on the minds and hearts of the people.

How do we change their mind set, so that they will know that they are the owners of The Gambia with all the resources and how to use those resources for the collective good of all?”