Hello? Can you hear me? 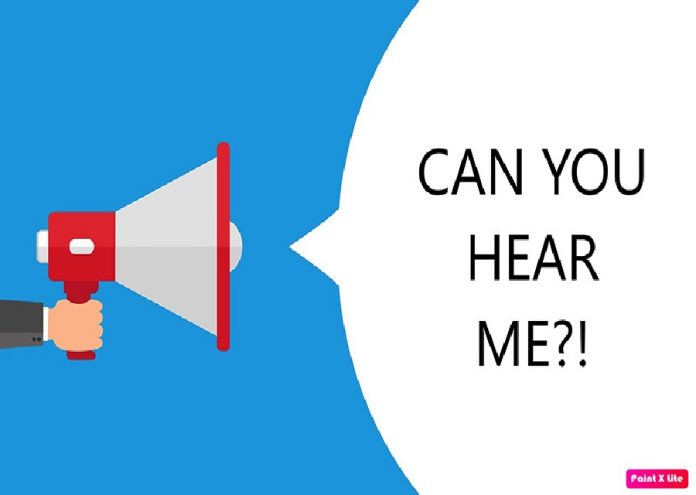 That is a question we all are familiar with, who have friends and family in The Gambia. Suddenly we find ourselves speaking and we realize that we don’t get any response. We look at our phones and can see that the line is broken. Sometimes we can hear a signal telling that there is no connection so we hang up and try to call again. This is annoying enough when it comes to personal calls, but so much more annoying if it is a matter of business or any kind of more serious matter. During the Jammeh era we more or less expected our calls to get interrupted, but now? Is there still someone who is listening to our calls? Is there still a reason for being careful with what we say? I hope we have got rid of this dictatorial way of controlling people, but I get suspicious from time to time.

Next year it is election time again, and we all know that the current president is doing what he can to stay in power for five more years. If one of his ways is to listen to what people are saying about The Gambia – well, he has the means and can anyone of us be sure that he is not using it? We all know that President Barrow is sitting in the lap of APRC and who knows what they are whispering in his ear? They know how to handle Barrow; they know how to pleasure his ego so they can stay close to the power. The APRC knows that if they walk hand-in-hand with President Barrow, they will continue following the same path as he does – as long as they hold the grip. The problem is that I don’t think they are satisfied with holding hands, instead they have a firm grip of his b… and twist them to get what they want. Just wait and see as we come closer to the election in 2021.

The Gambian people have said: ”Hello, hello, can you hear us?” So many times, in the hope that President Barrow would listen to you. Has it helped? Have you got any response? No, the connection is cut, or has it ever been there? You speak and you speak and suddenly you find yourself talking to an empty space where there should have been a person in charge to help you with your matters. You expect the president to listen to your problems? Nope! No can do! If you need some help it is better to look in the mirror and speak to yourself. Your image will never leave you, never fail you and never talk back.

For those who still live in a fairy tale land and believe that if Barrow will be re-elected everything will become better I will say:

”Hello, hello, can you hear me?” Have you listened to anything I have said so far? Have you followed the news broadcast, have you spoken to your neighbours? Have you seen the extreme poverty too many still live in, in The Gambia? Have you heard about the women who die while they are giving birth? Have you heard about the kids who are forced to sell fruit and peanuts along the streets, trying to earn some little for the family? Does President Barrow care about them? Of course he doesn’t, otherwise he would have done something about it. He has had four years already to achieve a lot, and what has he done? Nothing!

It seems as the only ones who don’t have to ask President Barrow if he can hear them, are those who surround him in hope of getting a piece of the pie. Their chattering must make his ears sore, because they all have their wishes and commands. The problem is that President Barrow has no ability to decide who to listen to and who to ignore. As he lacks this ability he instead listens to his advisors and what is on their agenda? Is it what is the best for The Gambia and the Gambians? No, these chatter boxes that surround the president are fully occupied with guarding their own business. They want to be sure that they gain as much as possible, as long as Barrow is in power. I wonder if he is able to see through them, but it doesn’t seem that way. It’s really sad that Gambians still have to suffer under a bad leadership.

Do we listen to each other in the intent of really wishing to be of assistance? President Barrow is a Gambian, and he is not better than anyone else just because he wears fancy clothes. Actions speak louder than words, but the problem with Barrow that he doesn’t speak either. I so often wonder what he is doing to fill his days. One thing we all can be sure of is that he doesn’t go too far from the food table and he doesn’t lack funds for his daily meals. All of you who struggle to feed your families have the right to demand him to provide for you. That doesn’t mean that he should invite you for lunch, even if that could be nice, but it is his obligation as a leader of The Gambia to make sure that all the citizens are well taken care of.

So many of you depend on the tourists and only God knows if there will come any this season. The last season ended too soon, because of the pandemic, and we haven’t seen the end of it yet. What about all those who depend on the tourism – where will they find their livelihood if they don’t get any help? How will the tour operators be able to pay the very high fee to the Gambia Tourism Board if they have no money? They didn’t earn enough money the last season and the little they were able to get before all the tourists went home wasn’t enough to feed their families. If the tour operators can’t pay the fee, they are not allowed to work in their trade this coming season. If they can’t work, they will have no money. If they have no money they can’t feed their families and they will also be unable to open shop the year after.

When the world’s largest travel agency, Thomas Cook, got bankrupt GTB and the minister of tourism, Hamat Bah, held a crisis meeting for the people who are involved in the tourism business. Sweet words were said, empty promises poured out of Hamat Bah’s mouth like bubbles. Just like bubbles these promises popped and vanished into thin air as soon as they had come out. Does anyone take Hamat Bah seriously? He is not a man of his word and he knows that he gets away with it as he is a childhood friend of President Barrow. His sweet words reach the president’s ears and he knows exactly what to say to keep him in good mood.

”Hello, hello, can you hear me?” That is what you need to continue asking and demanding an answer. The current government has had four years to make things change in The Gambia. They have got so much money in foreign aid, but you haven’t seen any of it. Why? Keep on asking them that and demand an answer! These people in their expensive cars with AC and their luxurious houses – have you asked them how they have been able to afford that? You are paying them their salaries and you are the ones who have to pay for the debts they have put The Gambia in. So once again I ask you: ”Hello, hello, can you hear me?” If you can, then show me that you are determined to be a part of the solution, and not the problem.