Huawei gives out 100 rams to communities in Gambia 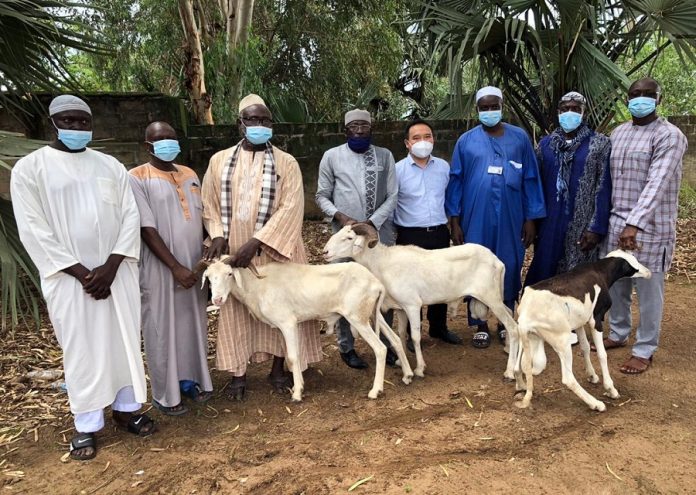 Huawei Technologies Tuesday gave out 100 rams to communities in The Gambia at a presentation held at the company’s headquarters in Bakau Cape Point.

The Minister for the Interior, Yankuba Sonko, described the donation as timely because Tobaski is fastly approaching and Muslims need rams but Covid-19 has affected finances.

Sonko thanked the entire Huawei company for helping 17 communities with rams in observance of the feast.

For his part, Josh, Director of Huawei Technologies Company, said the donation is geared towards helping the poor to have a good tobaski.

Josh said Huawei is the biggest supplier and leader of ICT industry in the  world and networks of The Gambia are built by Huawei, such as Africell, Qcell, Gamcel and Comium, the national ICT infrastructure.

“We know that tobaski is fast approaching and there are many families out there that are really in need of a ram but can’t get it due to circumstances. That is why we as a company decided to intervene in helping 17 communities,” he explained.

Lamin Tentu Jawara,speaking on behalf of the alkalo of Bakau, expressed delight in receiving such donation from the biggest telecom company in the world.

Jawara thanked Huawei for reaching out to the needy communities in these trying times, saying he hopes this will be a continuous process.

“I pray that Allah continue to bless you for helping the Muslims during these times,” he said.

“I won’t only thank them for the rams today but for always helping in improving our communication system as well,”Sankung Balajo said.

Momodou Sarra, representative of the chief of Lower Nuimi, thanked the minister for remembering them.

Sheriff Bojang, proprietor of Standard Newspaper, who is a member of Bakau Cape Point mosque committee, thanked Josh for his timely intervention. He said without Huawei there will be no good telecommunication in the country.