Jammeh’s coup could have been foiled if…… 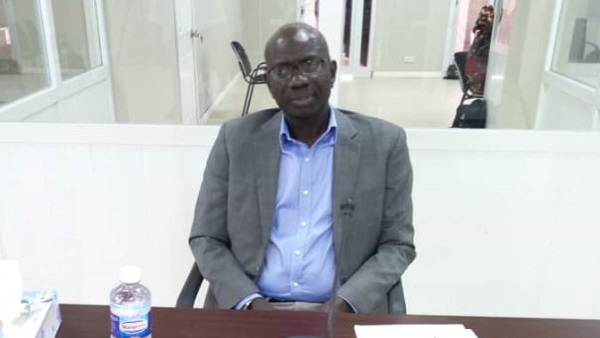 Aboubacarr Sulayman Jeng, a retired police officer who briefly served as secretary to the AFPRC Junta, yesterday told the Truth, Reconciliation and Reparations Commission that the 1994 coup was poorly planned with no clear rationale, insisting that if there was a proper ‘resistance and engagement’ it would have been totally thwarted.
“If there was a proper resistance and engagement, the balance would not have been tipped on the side of the military to discontinue our democratic regime, as the coup was poorly organised with no leadership structure or rationale from the junta,” Jeng said.

Narrating the state of affairs in the heat of the coup, Jeng who is now a UN deputy security adviser in the Middle East, gave a vivid account of his personal experience on the day of the coup. He said he was part of a police parade at the headquarters when they were informed of a mutiny, adding that upon receiving this information measures were taken by the police command to ensure there was no spill over, which included deploying a Tactical Support Group at Denton bridge to thwart any incursions towards State House.
He recalled that a group of soldiers including Sanna Sabally, Momodou Sonko and Sadibou Hydara arrived at the police headquarters to inform them that they have taken over the country.

He claimed that if he was in command of the bridge at the time, he would have engaged in a discussion with the junta to thwart any plots because the coup plotters did not understand anything about governance.
When asked by Commissioner Kinteh why the police could not effect any arrest on two senior junta members who came to the police station to take charge of the police headquarters, he said that would have been suicidal when they had already taken over the bridge and the State House.

Jeng, who was among the first batch of recruits after the amalgamation of the then Gambia National Gendarmerie into the police force, disclosed during a meeting between the junta and senior police officers where he suggested to the soldiers to communicate to the Gambian public who were in the dark over developments in the country.
He said it was at that meeting that junta chair Jammeh ordered him to remain at State House where he was appointed secretary to the junta and was issued with a military uniform later on the same day after some brief discussions with Edward Singhatey.
“At that time the coup was not in full fledge at State House. I could sense discomfort in the soldiers fearing a possible external intervention and it became clear that had action been taken the coup would still not have progressed,” he noted.
He said during his brief stay at State House which lasted 5 days as secretary to the junta, a meeting was convened between the junta and members of the diplomatic corp during which chairman Jammeh unsuccessfully tried to explain the rationale behind the coup, citing endemic corruption of the PPP government.

“When I proposed to speak at the meeting to rectify him, he quickly intervened and warned me that if he speaks I have no guts to talk afterwards,” Jeng recalled.
He said the diplomatic corps suggested to the junta that it was not too late to hand over power back to civilians but this was flatly rejected by the junta.
Jeng, who was later arrested and detained for 18 months at Mile 2, said his sacking and arrest have to do with his support and advocacy for legal requirements for a transition.
He also recalled that some civilians including Halifa Sallah and Samuel Sarr of the PDOIS, Amina Faal Sonko, Mbemba Tambadou and Satang Jow were earmarked by the junta for appointments but Sallah and Sarr rejected the offer.