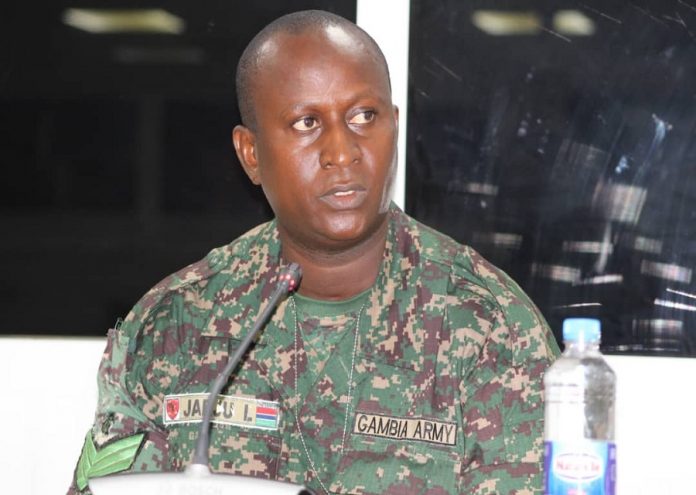 Lamin Jarju, a former driver of the exiled former president Jammeh has warned against the continuous military presence of the regional forces in the country three years after the departure of Jammeh.

The Ecowas military mission is an ongoing sub regional intervention in The Gambia to help restore order and democracy after the refusal of former president Jammeh to step down during the country’s political impasse in 2016.

But since his departure in January 2017, Gambians remain divided as to the extent of their presence amid the new security sector reforms of the Barrow government.
“We are soldiers that are bound to work with any president that comes. We are not in this uniform to maltreat any Gambian. We are in this colour to protect the integrity of this country and to protect the lives and properties of the citizens. Having seen foreign soldiers in our country is not helping,” Jarju told the TRRC yesterday.

“No matter how long a stick remains in water it shall never turn to a crocodile.
No matter how long foreigners stay in our country they must leave one day, we are from you people and to you we shall go back,” he added.

Jarju said he was disappointed to hear from a Gambian journalist that The Gambia does not need an army but could call upon its close neighbours (Senegal) when the need arises.
“Gambia is a sovereign state.In fact we speak two different languages so let us not fool ourselves. We are a sovereign state and we are here to stand for ourselves.”