Kombo calls for ban on unilateral sale of communal land 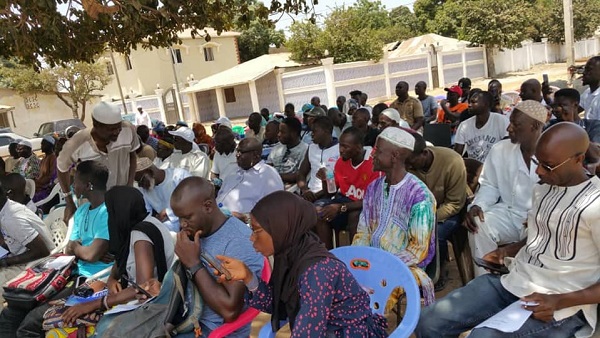 Kombo Yiriwa Kafo, KYK, yesterday convened a meeting in New Yundum to call on Government to ban the allocation of communal land to private investors without the consent of the owners.
According to the KYK, the authorities should consider their demand to mitigate or avert potential future conflicts and ecological habitat disasters.

The Kafo also asked that the ruling of the court of appeal in the Gunjur case be delivered as soon as possible as well as reconciling the two communities of Gunjur and Berending through all legal means, including their traditional methods of conflict resolution.
The KYK further called for land matters to be treated with a greater sense of urgency and prudence in order to avert delayed justice.

All forest reserves, such as Nyambai, Salagi and Kabafita, should remain as such and must not be designated for any other purpose and government must exercise greater oversight of real estate agents, the group said.
The Kafo also called for the Land Commission to ensure the participation of all stakeholders in general and the customary land owners in particular in their work.

They suggested that applicable policies be formulated and appropriate process be developed for the allocation and control of sand and gravel mining.
Kombo Kafo further raised concern that there are no zoning laws that identify the various uses of land such as agriculture or recreational, as a result they now experience the encroachment of human settlements in to once flourishing forest areas.

They complained that the lack of plotted borders by modern day land surveying methods between communities, coupled with the present proliferation of estate agents, have now worsened the situation through the dishonest sale of community owned land for economic gains at the disregard of existing historically established boundaries.

“In addition we are also witnessing an uncontrolled sitting of environmentally harmful sand and gravel mining activities that are destroying huge areas of wetlands and upland farmlands that have hitherto been used as a sanctuary for our flora and fauna and also for agricultural production. These mining activities are not only creating a potential ecological disaster but they are interfering with the sustenance of the livelihood of the communities around these sites,” of them complained.