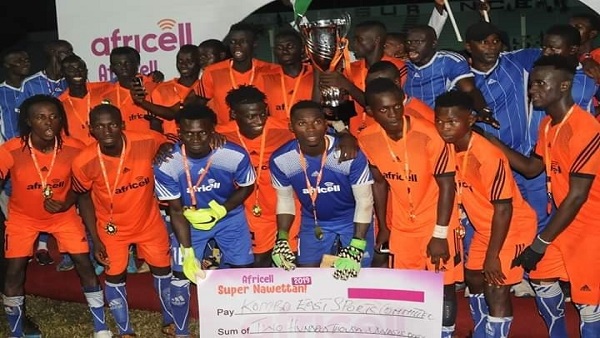 As expected, Kombo East have proven their giant killing first round performance was not a fluke. In the final Saturday they beat Serekunda West 1-0 to take the prestigious Super Nawettan after coming to the party just three years ago.

The new champions made history in dramatic style. Through out their three-year history in the competition, they lost only one match. This year they paraded some of the youngest players in the tourney.

Individual awards went to Lamin Jarju of Manjai as Most Outstanding Player, Bubacarr Camara of Kombo East, Best Goal Keeper, Papis Nyassi of Brikama Leading Goal Scorer with 8 goals, while Kombo Central 2 were voted the Zone with the best fan base and Banjul as the most discipline team.