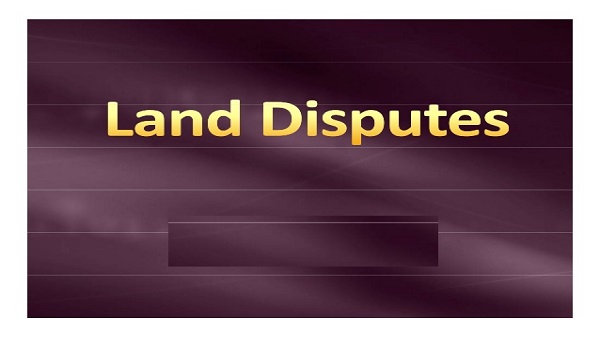 The need has long been felt for a vibrant lands commission to be constituted to look into the various issues of land disputes in The Gambia. As there is already a lands commission which has been established, the need now is for it to hasten to look into the issues that are fermenting in the country. In many areas in the country, reports are rife that there are issues of land disputes.

Not long ago, there were reports of a land tussle which resulted in one Manjago family being evicted from a land they claimed their dead were buried. They were evicted by someone who claimed to have bought the land. That dispute was later settled amicably but not before creating a rift among the people of that area.

Last saturday, the issue of another land issue in a village called Diya also caused a lot of disturbance and dominated national headlines. There are many others which have been rumoured in the country and are potential hotspots of trouble.

Saturday last, the worst happened when a man lost his life from communal violence over land issue between Gunjur and Berending. The police are still investigating even though many arrests have been effected.

It’s high time the government came up with a solution which will de-escalate these tensions as land issue is a potential cause of loss of life. The land commission should hasten its work and advise the government on what to do to solve these problems.

Where is the IEC?

As 2021 slowly encroaches and political parties begin the sometimes contentious issue of choosing a flagbearer, the level of preparedness of the Independent Electoral...
Read more
Editor's Choice

May 25th every year is set aside to celebrate what has become known as Africa Liberation Day. This day was founded during the first...
Read more
Editor's Choice

From an economic perspective, there are some basic principles that apply across countries and can boost governance, such as strengthening laws, improving government effectiveness,...
Read more
- Advertisment -