Letters : TRRC and its legal team are on track! 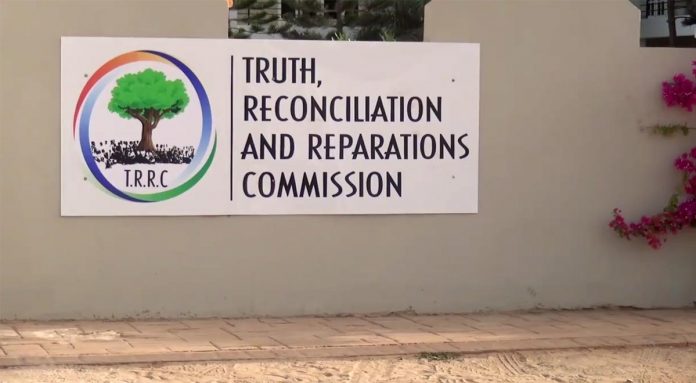 Dare editor,
In the wake of misconceptions and distortions being generated in some quarters against the TRRC and especially about its Lead Counsel Essa M Faal in the way it is exposing the truth it is necessary to call on Gambians to stand with the TRRC. For that matter I find the path and the manner of questioning by the Lead Counsel to be on the right track so far. To protect the integrity and professionalism of the TRRC does not lie only with the Commission rather all Gambians must be committed to ensuring that the TRRC is professional and credible and at the same time protected from disrepute and interference from any quarter!

TRRC is not an ‘attaya vous’ by the street corner where individuals would come just to chat by claiming and denying their own stories as they wish. If that were the case then it is not necessary for witnesses, either as victims or perpetrators, to take a prescribed oath with the Holy Bible or Holy Qur’an in their right hand! Yet it is common knowledge that some individuals would still lie blatantly even if God The Almighty Himself was standing before them.

TRRC went out to appoint lawyers of the highest caliber simply because it is clear that to seek the truth from human beings, whether they are victims or violators, require a certain level of expertise and experience so as to prevent distortion. If the art of seeking truth was that simple or if TRRC was merely a bantaba drama certainly there would be no need to hire expensive lawyers and invest so much resources in the entire process and its institution.

Therefore, the way and manner Essa Faal is pulling the truth out of witnesses is on the right track so far. One must bear in mind that the TRRC is not merely about the violations that took place under the AFPRC/APRC regimes. Rather the TRRC is also meant to understand how the whole system of governance and the rule of law broke down leading to abuse of power and perpetration of injustices and human rights violations for 22 years. TRRC is to understand how did a supposedly good society like the Gambia deviate from its moral, religious, legal and constitutional and republican values and standards to become a vicious society of survival of the fittest.

For example, if one followed closely the testimonies of perpetrators it is not strange to notice how political, legal, cultural and security leaders and ordinary citizens allowed or succumbed to favoritism, patronage, abuse and disregard of the law to prevail just to satisfy their whims and caprices. But one will see that in many of these testimonies also some witnesses sought to distance themselves from responsibilities that laid squarely within their hands. Imagine former Army Commander Baboucarr Jatta seeking to deny his presence during the November 11 shootings!

In instances like this and especially where a witness sought to deviate from or contradict her or his own written statement, it is therefore necessary that the Lead Counsel pin that witness to the facts without mercy. This is also why the TRRC has an investigations department purposely to obtain facts knowing full well that individuals will also seek to distort and give misleading statement about their own roles and experiences.

Therefore, a truth commission is not meant to only understand the details of the damages a society went through but also based on that understanding to propose how to rebuild a broken society and its people and institutions. The TRRC is therefore aimed at recommending the necessary restructuring, rebranding and repositioning of the Gambian state and society by building strong republican and democratic foundations that would produce a dignified and just people with robust institutions.

Truth commissions are about exposing the truth first and foremost. International and regional human rights bodies have noted that victims of gross human rights violations and their families, as well as other members of society, have the right to know the whole truth about past human rights violations. The right to truth has both an individual and a collective dimension. For example, the Inter-American Commission on Human Rights notes that the right to know the truth is a collective right that ensures society access to information that is essential for the workings of democratic systems, and it is also a private right for relatives of the victims, which affords a form of compensation.

International law places an obligation on states to ensure that the right to truth is protected by ensuring that states provide information on the causes of the events that have led to a person having become victim of a human rights violation; the reasons, circumstances and conditions of the violations; the progress and results of the investigation; the identity of perpetrators (both subordinates and their superiors); and, in the event of death or enforced disappearance, the fate and whereabouts of the victims. Both in its individual and collective dimensions.

The UN High Commissioner for Human Rights states that the right to truth is an inalienable right, which stands alone. It should be considered as a non-derogable right and should not be subject to limitations. Hence Essa Faal and his co-counsels should employ all means within their powers and according to law to question witnesses in order to establish the truth. If that requires that they become combative then they should be just as if it requires that they become compassionate they should be compassionate as well.

So far we have seen these lawyers demonstrate the right means to eke out the truth from witnesses with the right attitude. The have employed a lot of natural and trained intelligence to distinguish between falsehood and the truth while at the same time showed utmost respect and necessary bluntness to ensure that the truth comes out. We must recognize that the fundamental issue in this process is the right of victims and their families, first and foremost, to know the truth. Both the witnesses and the Gambian State have the duty to ensure they expose the truth.

The Inter-American Commission on Human Rights had stated that, “The value of truth commissions is that they are created, not with the presumption that there will be no trials, but to constitute a step towards knowing the truth and, ultimately, making justice prevail.” Amnesty International has therefore stated that the role of truth commissions is to ensure that victims of human rights violations have an effective remedy. There cannot be effective remedy without first establishing the truth about human rights violations as a means to pave the way for justice and reparations.

I wish to therefore state my unflinching support to and confidence in the TRRC and its Lead Counsel in the way they conduct their work. The TRRC has the powers of the high court hence one must not expect that witnesses will merely come to enjoy a colourness chat when they sit on a mountain of evidence yet refuse to share truthful information about their roles, experiences and knowledge either as victims or perpetrators.
Madi Jobarteh
Boraba Village