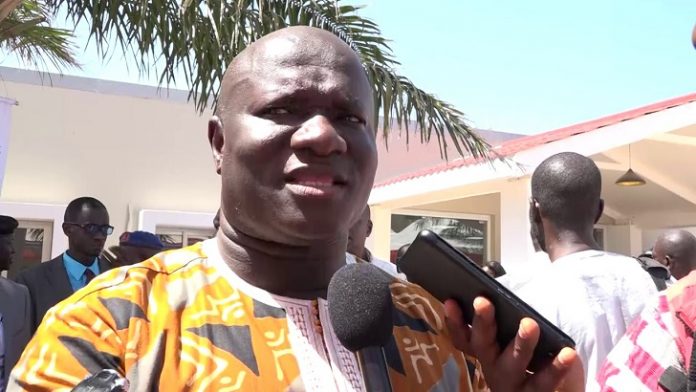 In his first reaction after police dropped criminal charges against him, pro-democracy campaigner Madi Jobarteh has said the battle to end abuse of power by keeping the populace subjugated has just begun.

Jobarteh was charged with false publication and broadcasting after he accused the government of failing to investigate the deaths of Haruna Jatta, Kebba Secka and Ousman Darboe at the hands of security forces.

He was expected to be arraigned last Monday before the police extended his bail.
However, the National Human Rights Commission on Friday issued a statement announcing that the Inspector General of Police has agreed to abandon prosecuteing him.
Reacting on Facebook after the announcement, Jobarteh said: “If this was the Yahya Jammeh days everyone would have been asking where is Madi Jobarteh? I would have been first tortured and then killed and then disappeared like many before me. Therefore, dropping the so-called charges is not the issue.

“The real issue is the blatant abuse of power and the deliberate destruction of fundamental constitutional rights and the arbitrary violation of the Constitution by the IGP to think that he can arrest and detain any citizen as he likes and then slams them with bogus charges before sending them to prison just like that.”

Jobarteh said the law used by the police to charge him was made by ex-president Jammeh to prevent Gambians from scrutinizing, checking and holding him to account.
He accused the Barrow government of following the footsteps of the former regime in violating freedom of speech and association.

“I heard people say the Barrow government gave us democracy, no! No government can give the people democracy; it is the people who give themselves democracy. The role of the government is to protect those rights that the people have established in their constitution.

The activist declared that the IGP should resign or be sacked by the president “for abuse of power, violation of the constitution and the destruction for the rights of Gambians.”
“Neither President Adama Barrow nor IGP Mamour Jobe owns The Gambia and her citizens. Therefore, for them to think that no one should criticize them for their inefficiency and abuse is the height of insult to the citizens! Madi Jobarteh shall never be insulted by any elected and appointed public official ever again.”