Majority Leader hits back at critics 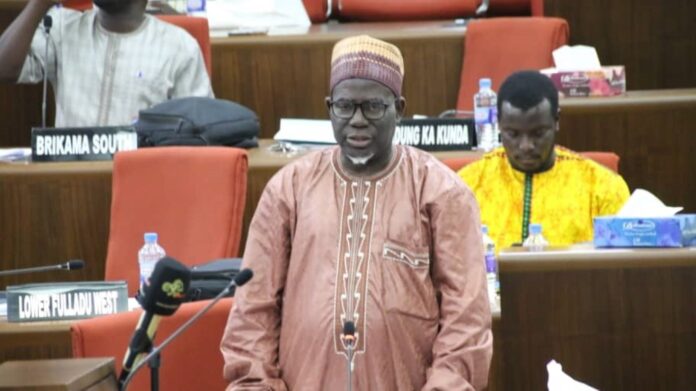 The Majority Leader and National Assembly Member for Kombo South has hit back at his opponents who accused him of inaction over the alleged ‘environmental devastation’ by a Chinese fishmeal factory in Gunjur.

The Kombo South District has remained in the media firestorm with environmental activists condemning the continuous “pollution” by Golden Lead fishmeal company.

Observers and critics of KK Barrow, the Majority Leader, said he has become unpopular for doing little or nothing about the issue.

“You know, the issue of the Chinese fishmeal factory has been overblown and it was not strategically done and people were doing things on their own way without consultation. They have been operating in Kombo South for 22 years before the elections, so if they are there and you are environmentalists, you do not follow up and say what you are doing is wrong and we want to correct the issues but waited until the eleventh hour when operations are in place, people are employed, women are working, they are earning their living, and you say that you want to make a decision to close that,” Mr Barrow asked.

Speaking in a wide-ranging interview with The Standard, the seasoned politician added “it doesn’t work like that”.

He also brushed aside speculations that he cannot survive the next election, amid these issues including deadly land disputes amongst others.

He said: “…My interaction with young people, and also the women, vegetable growers, fish, processing, marketing and all those areas and working with communities supporting livelihood programs, those speak for themselves. And then it goes a long way in ensuring that that’s what the people put me in for. That’s why I scored one of the highest registered voters for a parliamentary member in the history of The Gambia – 10,022 votes.

Read more on Bantaba this Friday