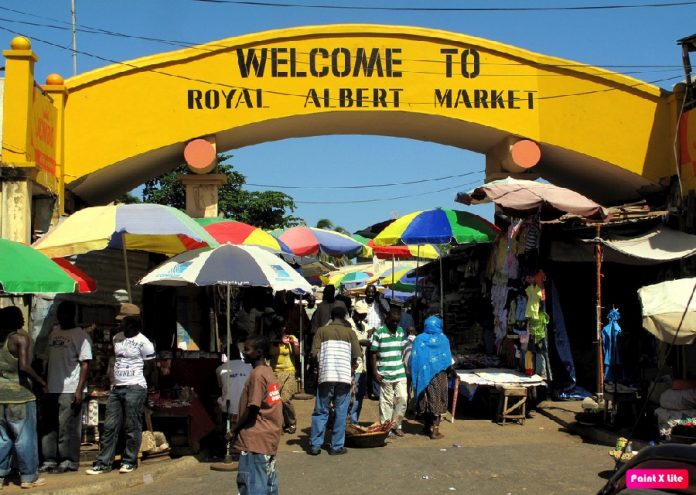 The Gambia Markets’ Union has written a petition to President Adama Barrow urging him to allow markets to operate from 7am to 5pm or else they will strike.

In a petition obtained by The Standard, the union stated: “We would want your office to allow and authorize us to operate from 7am to 5pm. We the market committees will physically work together with the securities to monitor the public gatherings and to respect the rules.”

“We fully understand that the regulations are created to initiate measures to effectively deal with the pandemic. This is since the regulations were imposed the underlined markets have fully respected all the provisions as attested to by the health authorities

“We have also bought buckets and placed them in strategic locations in and outside of the market’s doors to encourage hands washing, public spacing and regularize ourselves in accordance with the advice of the health authorities,” the petition said.

Meanwhile in a separate but similar development, the management of the Serekunda market also wrote to the Gambian leader requesting for government to waive duties for the market vendors.

“We write to appeal to the government to waive our monthly duties and yearly revenue payments to the Gambia Revenue Authority. You will bear witness with us that the public state of emergency has affected us severely and any attempt to charge us duties or GRA fees will hit us seriously.

“We also want to bring to your attention the impact the emergency regulations continue to cause on the country’s biggest market. We suffered more compared to any other market in the country.”

The committee also informed the Gambian leader that many vendors at the market have not benefited from the food distribution.

Meanwhile the secretary general of the Latrikunda market, Abdoulie Camara said the union is looking forward to receiving a response from the president before Monday or else they will embark on a strike.

“We want all shops to open at the same time – from 7am to anytime they want to give us. We are doing this out of frustration; things are really hard with us and we cannot continue keeping quiet,” Camara said.  There has not been any public response from the government but The Standard understood from sources close to the markets that they have been asked to liaise with a senior government official over their concerns.