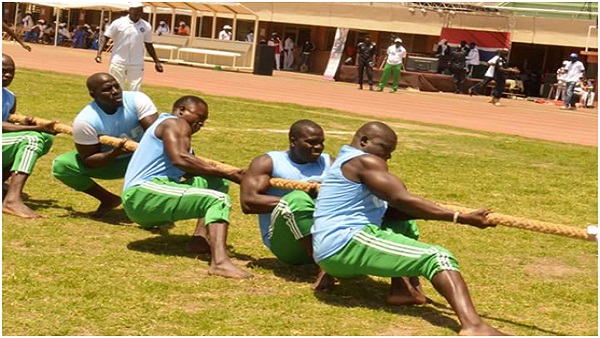 When May Day Sports return on the 1st May, defending champions Gambia Armed Forces will have their hands full with established rivals GPF, KMC and Nawec and new comers APS, leading the pack to dethrone them.

The Army’s biggest strength is in the Tug of War, which they dominated throughout their history in the event, with almost all participating teams now regularly practicing Tug-of-War, it is only a matter of time before the tide shifts to some new comers.
The Gambia Police Force has a gallery of fine athletes expected to be on display on May Day to boost their chances in their efforts to unseat GAF.

Like last year, the organisers are expecting dozens of institutions to participate with some already completing their registration process.
Marcel Mendy, executive director at National Youth Council, NYC, the organizers said already companies are queuing to register and they include new comers eager to make their debut in the championship.