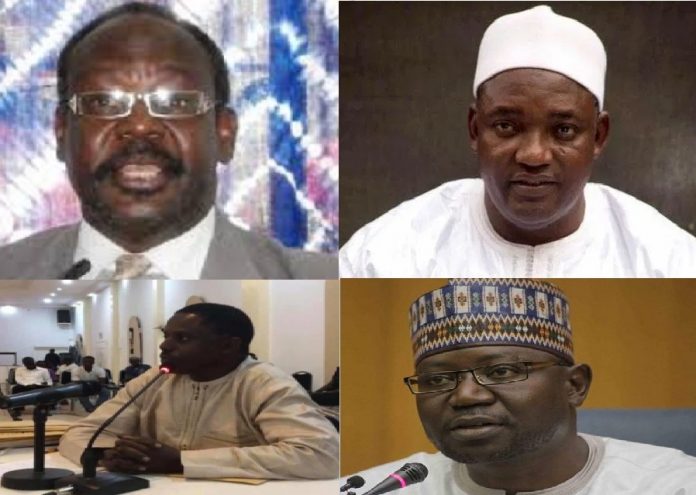 Paragraph 4 of the said article read: “After his reinstatement, Touray was sent on a two-year secondment at The Economic Community of West African States.…” Let me add that he was still a member of The Gambia Civil Service, in absentia.

Paragraph 5 of the said article read: “After completing his secondment, Mr. Touray was then granted a leave of absence without salary for six months, beginning 17th July, 2019. After the expiry of his leave of absence, Mr. Touray wrote to notify government, of his availability to resume work…..” The leave of absence that was officially granted to Mr Nuha Touray was in pursuance of Order 04119 of The General Orders for the Public Service of The Gambia, Revised Edition, September 2013. The said Order 04119 reads: “Leave of absence may be granted for a period of up to 1 (one) year renewable for a maximum period not exceeding 4 (four) years, after the expiry of which the officer is required to resume duties.”

The Gambia Civil Service is presently governed by four important booklets namely: (1) The General Orders for The Public Service of The Gambia, Revised Edition, September, 2013, (2) Public Service Commission Regulations, Revised Edition, September, 2013, (3) The Code of Conduct for The Civil Service of The Gambia, Revised Edition, September, 2013 and (4) Financial Instructions, now officially renamed “Financial Regulations.” I am extremely grateful, to my good brother and Civil Service colleague, Mr. Musa Camara, one of the two able deputy permanent secretaries at the PMO, for kindly giving me the first 3 copies of the aforesaid important booklets, when I paid him a courtesy call in his office recently, to inter alia, conduct a research, on this Civil Service matter, of paramount importance, which unfortunately, my learned junior, Mr Mai Fatty, is certainly not privy to.

Finally, paragraph 6 of the said article read: “Touray has since resumed duties on 1st December, 2019. He was eventually appointed S.G. effective Tuesday 26th May, 2020.”
Mr Nuha Touray, good civil servant and “a Good Samaritan” (very helpful person)
For a good part of his Civil Service career, when Mr Nuha Touray has been known to me, he has always been a very good Civil Servant and “A Good Samaritan” (ie very helpful person). I knew and worked with Mr Nuha Touray when he was a Civil Servant, at the Personnel Management Office (PMO). He then rose through the ranks to become a deputy permanent secretary of the PMO. After that, he was deservedly promoted as the Permanent Secretary of the Ministry of Tourism & Culture. He was subsequently deservedly appointed as the Secretary to Cabinet.

It was when Mr Nuha Touray was the able Secretary to Cabinet that he did for me, a special favour, that will forever remain, on the landscape of my mind. It was during the days of The Gambia’s Second Republic, under the President Yahya Jammeh’s government, when all Civil Servants/Public Servants, were mandatorily required to obtain an Official Travel Clearance, from the Office of the President, before travelling out of the country, on either an official or private mission. I can remember a female permanent secretary was instantaneously dismissed by President Yahya Jammeh, for travelling out of the country with her female Honourable Minister without first of all obtaining the important Travel Clearance, from the aforesaid important Office of the land, which was (and still is)“Primus Inter Pares” (Latin: the first among equals), among all Government offices and parastatals, in The Republic of The Gambia, South of the Sahara.

It was on a Friday I went into my computer inbox, and it dawned on me, that an international law organization had sent me an e-ticket, to travel to Nairobi, Capital of Kenya, the following Sunday (i.e in two days’ time), by that time, it was after closing time, and I was really wondering, how on earth, I could get my Travel Clearance, before I flew out of Banjul International Airport, on Sunday, with my Diplomatic Passport? I went to visit an old male friend of mine, (who is a retired, but not tired teacher), who was one of Mr Nuha Touray’s teachers, at the then Armitage High School (Officially named after Governor Armitage, one of the British Governors, in Colonial Gambia). My retired teacher friend, phoned Mr. Nuha Touray in my presence, and narrated my monumental and sympathetic dilemma to him, and Mr Touray kindly and promptly told me on the phone, in my friend’s presence: “DR Carrol, I do appreciate the urgency of the matter, and that being the case, I will make sure I get you the Travel Clearance before your departure on Sunday, just pass to where I am staying on Sunday, and pick it up from me, before you go to the airport, to board your S.N. Brussels flight.” My good friend, brother and dear Civil Service colleague, Mr Nuha Touray, did exactly as he promised, and whenever we met after that, I always thanked him again and again, and prayed profusely to God Almighty, to continue to bless him, and protect him from all evil, in The Gambia Civil Service.

Honourable Mr Nuha Touray attended the great Armitage High School which was built in 1927, by His Excellency Sir Cecil Hamilton Armitage who was the British Governor in Colonial Gambia, from 1920 to 1927. This great school, was strategically built on George Town Island, now Janjanbureh Island, in The Central River Region (CRR). Coincidentally, Carrol’s Wharf, named after my late beloved paternal grandfather, Mr Henry Darlington Carrol, a renowned Gambian merchant, is also situated on this famous Island. ”Quic Quid Plantaur Solo Solo Cedit”(Latin: ie what is attached to the land, is also part of the land). I have been reliably informed, by Mr Hassoum Ceesay, my good friend and Civil Service colleague, that in 2019, The Gambia Ports Authority (GPA), signed a contract with some construction companies, to revitalize and revamp Wharfs along The River Gambia. Examples are: Carrol’s Wharf, Kuntaur Wharf, George Town Wharf and Karantaba Wharf, because of their great national historical importance, as far as the National Centre For Arts &Culture (NCAC), is concerned.

Fitting legal punishment if Mr Mai Fatty arrogantly refuses to apologise to H.E President Adama Barrow & Hon Mr Nuha Touray.
In the event my learned junior Mr Mai Fatty, arrogantly refuses to apologise, to both His Excellency President Adama Barrow, and Honourable Mr Nuha Touray, for Mr Fatty’s monumental and unacceptable rudeness, as a senior Oxford-trained lawyer, my professional advice to both His Excellency President Barrow and Honourable Mr Nuha Touray (Secretary General & Head of the Civil Service), is for both of them, to seriously consider suing Mr Mai Fatty, in the High Court of The Gambia, for: ”Defamation.” The Law of Tort/Civil Law authoritatively defines ”Defamation.” Thus:“Defamation, is the lowering of a person’s dignity and integrity, in the opinion, of the right-thinking members of society.”When a defamatory matter is written or published (as Mr Mai Fatty has done in this case), it is called “libel”. But when it is spoken, it is called “slander”.

During The Gambia’s 1st Republic (ie from 24th April 1970 to 22nd July 1994), the then Gambian President, the late His Excellency Sir Dawda Kairaba Jawara (K.C.M.G.), (G.M.R.G.), had good cause to sue the London-based West Africa Magazine for “libel”. The aforesaid mischievous magazine published a highly libelous article, wrongly accusing His Excellency Sir Dawda Kairaba Jawara (K.C.M.G.), (G.M.R.G.), of taking The Gambia’s taxpayers’ money, to buy a luxurious boat called “yacht”. His Excellency Sir Dawda Kairaba Jawara (K.C.M.G.), (G.M.R.G.), expeditiously hired the professional services, of two Queen’s Counsels (Q.C.s), who quickly sued the aforesaid magazine to The High Court of London, for “libel”, on behalf of His Excellency President Jawara. The Plaintiff, His Excellency President Jawara, easily won the Civil Case, and the aforesaid Court, ordered The Defendant (the aforesaid magazine), to pay His Excellency President Jawara, thousands of Pounds Sterling, as damages or monetary compensation. Therefore, as far as The Gambian Presidency is concerned, we have the aforesaid important precedent, which proves beyond all reasonable doubt, that a sitting Gambian President, indeed has locus standi (Latin: ie Legal standing), to take any person orcorporate entity to court, for an alleged violation of his or her rights.

Let me warmly congratulate Honourable Mr Nuha Touray, for his well-deserved presidential appointment. I wish him a happy and successful tenure of office, as the Secretary General & Head of the Civil Service of The Republic of The Gambia.
I rest my case.