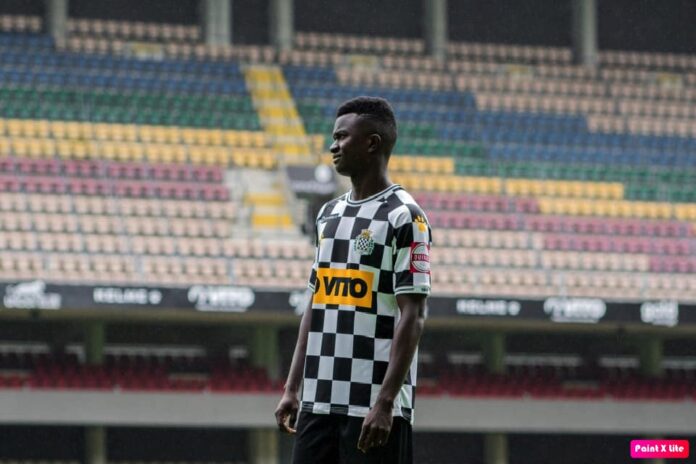 Gambian teenage sensation Musa Juwara has completed his loan move from Italian Serie A side FC Bologna to Boavista in Portugal.

The 18-year-old attacker, who joined Bologna in 2018 from Chievo joined the Portuguese Primeira Liga side on a season long loan with options to make permanent, which may reportedly cost in the region of €7m.

Juwara, who is expected to join the Gambia senior side at their week-long training camp in Portugal this week made his Serie A debut for Bologna on February 4th, last season, after coming on as an 86th-minute substitute for fellow-countryman Musa Barrow in the 3-2 victory over Roma. He would later feature in 8 other games, scoring his first and only senior goal against inter Milan last July.

After completing the move, the star expressed his delight in joining the Porto-based side.

“I’m very excited. When I was told about this possibility, I never had any doubts about signing for Boavista and now I want to start training with my new teammates,” said Musa Juwara in the video of his presentation, defining himself as “a player fast, attacking, but also defending and working for the team “.

“I like to score goals,” said the young star player before recounting his back- way journey, which began in Senegal through Mali, Burkina Faso, Niger and Libya to Scily via the Mediterranean.

“It has been a long journey here. I left Gambia for Italy and now for Portugal. It has been a long journey in my life. I have worked hard throughout my life, I sacrificed myself to be where I am now. I suffered a lot to change my life and being a professional player. Ever since I was a kid in The Gambia, this was my dream “, said the young player to the Boavista media, showing his determination to succeed in this new adventure.

“I’m here to start training with the team. I’m not here just to be there. I’m here to fulfill a mission. I’m here for what the team and the coach want. I’m here to give what my teammates and team need, to prove why they hired me. It is not easy, because if the club hires you, you have to show who you are, work hard and meet people’s expectations. I am here to work hard,” he added before reassuring the Boavista fans of his total commitment to contribute his quota for their team.