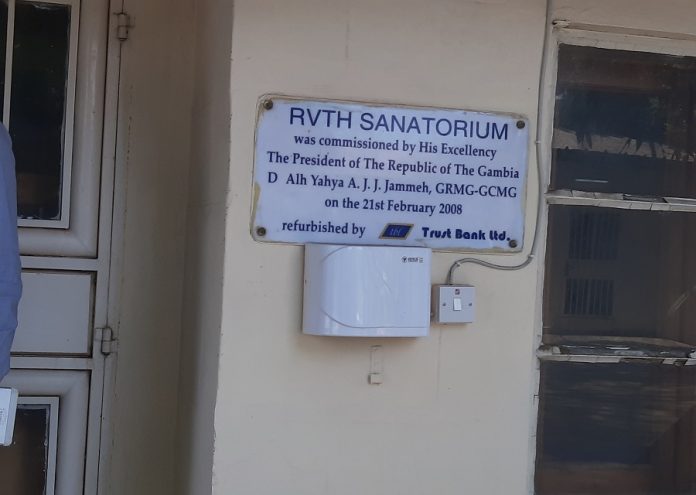 One of the five people reported by the Ministry of Health to have been tested positive for Covid-19 last Saturday, has denied having the virus.
The health ministry las week announced that the country has registered five new cases of the novel Covid-19.

But one of the five cases has released an audio obtained by The Standard, in which the person claimed: “I am not having coronavirus and they want to give people corona so that they can make money from it. What surprises me is that there were 47 of us and we were all mingling. Now they want to say that only three of us tested positive.”
“Even the day before they took us, I went to the market and did all my house work and I have never complained about anything and I have no symptoms,” the patient, who claimed to be a security officer said.

The patient went on: “We came from atraining course in Abu Dhabi, some 47 of us; 9 police, 24 Immigration and 14 military officers. It was when we returned on the 20th of March that we were intercepted at the airport and put under quarantine. We were taken to Manduar where we spent two nights without electricityor water.The place was very bad as seven of us were put in the same room and when we complained, they took us to Bamboo Garden where each of us was given a room and after the fourteen days period of quarantine,we were asked to go home.”

The patient said when they were released, she spent another one week and few days at home without receiving any communication from the health authorities.
“But last Wednesday we received a message in our forum from our inspector that we should go for blood testing at the PIU. We went there but they didn’t test our blood instead they were inserting pipes in our nose and it was very tough and I refused to accept it. Surprisingly when I went home, one Captain from the Gambia National Army called me to inform me that I should do another test and I told him I was not going to do another test. But he said I should comply by force and I said to him that I must talk to my parents first and that’s what I did,” she added.

She said the next day some people came for her with an ambulance and informed her that they were going to take her for another testing.
“They took us to the Wenchong [RVTH Sanatorium in Banjul]. I maintained myposition that I don’t have coronavirus and that they were the people who want to give me corona. As I speak, I am admitted at the Sanatorium even without being taken through any further test,” the patient lamented.

Reacting to the claims at a press conference yesterday, the acting director of health services at the Ministry of Health, Dr Mustapha Bittaye said: “This is not new. This is something that we expect. But what we are saying is that people should be compassionate because even if you are from Europe or America and you come to the Gambia and you are put in a Five-Star Hotel and asked to stay there, that alone is restriction of your movement.”

“Sometimes it takes a long time before people accept it. But we need to understand that this decease 80% of the people who have it only have mild symptoms. Which is not serious. So you can have it and you will not show any symptoms,” he said.

He continued: “So don’t just say because you are not coughing you are not positive. If you are tested positive the best thing you can do for the country is to just stay away because the person you are going to effect, you don’t know how many other people he or she is going to effect.”

He said people should also understand that the government has given them the power to take people they suspect “even if it is against their own will. Which is very difficult. We don’t like doing that in our normal practice.”