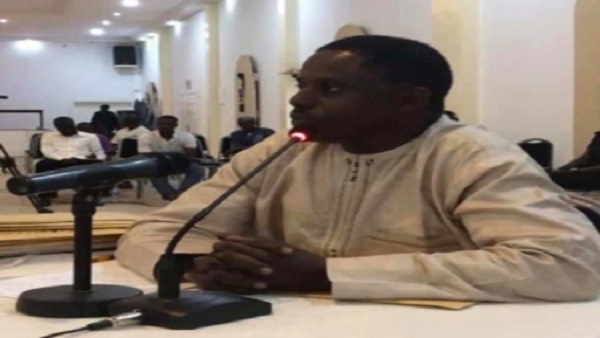 The Standard has reliably learnt that the appointment of the new Secretary General and Head of the Civil Service, Nuha Touray is in fact constitutional.
Nuha, a former cabinet secretary, was appointed by President Barrow on Tuesday, replacing Muhammed BS Jallow as SG.

However, Touray’s appointment was met with huge criticism across the country, with some claiming he was illegally hired.
One such prominent critical voice was Mai Fatty, leader of GMC and one-time adviser of President Barrow, who claimed Touray was not holding an office in the Public Service which disqualifies him to be appointed SG.

However according to new information The standard is privy to, Nuha Touray has actually been in the civil service for past three years.
The information reveals that Touray was reinstated into the public service on 3 May, 2017 after his dismissal from the Jammeh government.
After his reinstatement, Touray he was sent on a two-year secondment at the Economic Community of West African States.

After completing his secondment, Mr Touray was then granted a leave of absence without salary for six months, beginning 17 July, 2019.
After the expiry of his leave of absence, Mr Touray wrote to notify government of his availability to resume work.

Touray has since resumed duties on 1 December 2019. He was eventually appointed SG effective Tuesday 26 May, 2020.
An experienced civil servant with remarkable institutional knowledge of the Office of the President, Touray has been hailed as a principled man.