OPPOSITION NOT AWARE OF TALKS TO BRING BACK DRAFT 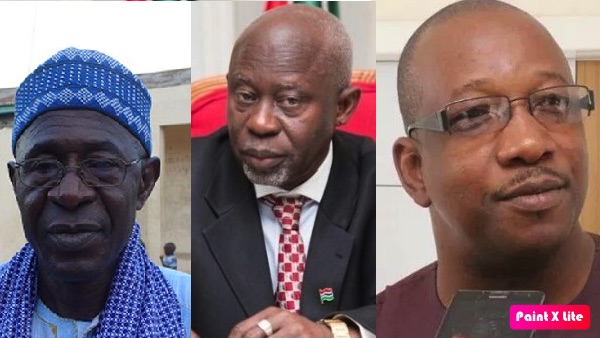 A large section of the opposition parties has doubted a statement by Justice minister Dawda Jallow, who told an African human rights commission summit that dialogue to get the defeated draft constitution back to the National Assembly has commenced.

Yesterday, The Standard contacted three parties; UDP, GDC and APRC, all of which said they are not aware of any such talks and have not been contacted or consulted.

Some opposition officials accused the government of trying to appease the international donors who are not happy with the defeat of the draft in the assembly.

“If there indeed has been action on the ground by way of consultation or talks to bring the draft, that should not be just a subject of a press release or newspaper article. What I can say is that at the executive level of UDP, we have not been informed yet of any such talks aimed at getting the draft back to the National Assembly,” UDP spokesperson, Almamy Taal told The Standard.

“In any case”, Mr Taal went on, “there has to be a legal framework through which this process can be revisited.”

He said the UDP has always made its position on the draft clear and that is the same process aborted on the floor of the National Assembly.

“That is where we have to go back and redo the process. But talking on newspapers or forums will not solve anything. If the AG is going to go on an expedition like this, I think the first thing he should do is to come up with a framework so that everybody would be aware,” Mr Taal said.

He added that every Gambian wants a consensus on the draft, and that is why the CRC Act calls for a consultative referendum, but the lawmakers and President Barrow’s refusal to publicly support the document denied Gambians that chance.

“Let us try and do things properly because this issue about the constitution being discriminatory against the president is not true. All that people are asking for is, take it to the parliament. Everybody is now crying that the former AG should be here.”

Ahmadou Kah, the spokesperson of the GDC, described the justice minister’s comments as “absolutely false”.

“We have never been informed by the AG or any other party that talks on this issue have started,” he said.

Mr Kah said the underlying drive behind these talks is to give the president, Adama Barrow, opportunity to serve for 15 years.

“I believe the constitution should have been passed and whatever amendment needs to be done be done.”

Mr Kah said the talks are an attempt to bring back the international community to the political spectrum to support “whatever agenda they have”.

“They [the government] are playing a game. But a specific clause that will give chance to the president to be here for 15 years will not be supported by the GDC.”

The former ruling party said government should first engage parliamentarians if it wishes to reintroduce the draft.

“It’s not up to party leaders to come up with a consensus. They are just leaders of parties,” Mr Dodou Jah, APRC spokesperson said.

Mr Jah said the government is on a crusade to appease its donors.

“The EU, US and other missions are pressuring them. However, we at the APRC don’t believe the ’97 constitution is retrogressive either. You cannot rate the draft constitution over the ’97 constitution. I definitely doubt the APRC will be supporting any talks regarding the draft. We just want the international community to respect our sovereignty as a state,” Mr Jah said.

Meanwhile, The Standard also contacted the administrative secretary of the National People’s Party, Mambanyick Njie, who declined to comment on the issue.

“I cannot confirm nor deny anything on this matter,” he told The Standard.