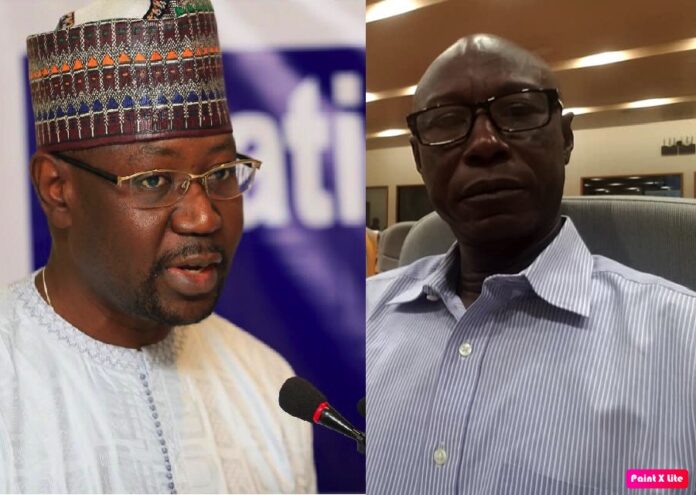 The People’s Progressive Party has demanded an immediate apology from Mai Fatty over his “misleading claims” that PPP lawmaker for Banjul Central, Momodou Ndow voted against the draft constitution because the PPP doesn’t want to endanger President Adama Barrow’s political ambitions.

Addressing a press conference at the GMC National Secretariat last Thursday, Mai contended that a ‘forensic evaluation’ of the rejection of the draft constitution promulgation bill would show  that the desire of the PPP and NRP not to endanger President Barrow’s political ambitions, APRC’s quest to protect its legacy [1997 Constitution] and the choice by the justice ministry of a wrong section of the law to push the bill, all precipitated its failure.

But in a statement shared with The Standard signed by the party’s spokesperson Ebrima Savage, the PPP said: “Mai’s statement was grossly deceptive, and we urge him to apologise to the party. We want to make one thing clear to him; our party has never at any time interfered in the work of our National Assembly members. PPP strongly believes in democracy and to strengthen that, our NAMs shall be given the independence to exercise their mandate without the interference of the party executive members.”

“National Assembly members shall act based on their conscience, and they should always put the national interest first. Fatty deliberately failed to mention Fatoumata Njie’s (Touma) public support for the draft constitution which has demonstrated the internal democratic nature of our party,” PPP said.

The party however said there is a division on the draft constitution.

“Some of our members did not support the draft constitution bill on grounds that it omitted key fundamental clauses that are not in the interest of Gambians while those on another side strongly support the passing of the draft constitution bill as it is a progressive one when compared to the 1997 constitution. This leaves the party with no official position regarding the draft. Moving forward, we want to remind our members and Gambians to learn from history that not all hopes are lost.

“As mentioned, PPP had lost its first referendum for republican status, but had respected the rule of law and had started the process all over again. Although the circumstances were different and one could argue that it was decided by the people, not the parliament, but that is the nature of democracy and parliamentarians are the people’s representatives. We as a party and a nation must forge ahead and continue with the rebuilding of The Gambia.”

The former ruling party urged the National Assembly to review the 1970, 1997, and the rejected 2020 draft constitutions to make amendments to the 1997 constitution.

“We want to make sure that the changes reflect the desire of the Gambians and to ensure the continued existence of democracy, rule of law, peace, tolerance, and a fair and transparent system of using our elected officials,” the party added.