PPP SAYS ONLY JAWARA’S LEGACY CAN SAVE GAMBIA 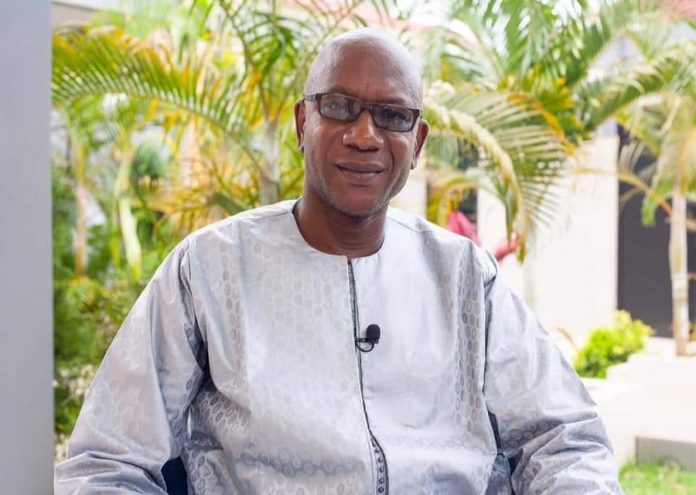 s the former ruling People’s Progressive Party prepares to observe the first anniversary of the passing of founding president Sir Dawda Kairaba Jawara, its leader Papa Njie, has said only Jawara’s legacy can save The Gambia from the current polarised and chaotic political trend. The former Gambian president died on 28 August last year at the age of 95 after a short illness. “It is our position that the legacy of Sir Dawda must not be erased and should continue to guide us in all aspects, whether within the PPP, the government and all aspects of life in The Gambia.

Jawara was a unifier, who embraced everyone and promoted the rule of law at all times. He was an example to the whole of Africa and the world at large,” Njie told The Standard yesterday. “I think this is the time to reintroduce the norms and values of Sir Dawda into our politics. We need hygiene in our political space which today is polarised by tribal inclination and party-driven interests. You hardly see national interest in our political discussions today.

This is pathetic and unacceptable, ” Njie added. He said the country has since lost the political values that were brought by Jawara. “This is why the current PPP leadership is working to have a center of excellence where we will teach people the values of the PPP and the things that made the party great under Jawara, ” he argued. Despite Jawara’s enviable leadership, his critics accused him of adopting a lenient approach towards tackling mismanagement of public funds. Jawara was also criticised in many quarters for the country’s decayed infrastructure during his 30-year rule. But Njie argued that Jawara’s humility, geniality and generosity would not permit him to harm anyone. “This was someone who will not want to harm anybody. He was defined by love. There is so much to learn from his legacy.

Gambian politicians will become noble the day they stop seeing party, ambition, money and power as the reasons for their politics. For Jawara, every human being deserved to be treatedjustly, ” Njie added. He said Jawara’s funeral should be a lesson to all Gambians especially politicians who wish to end like him. “Those of us who wish to end our earthly journey so gloriously must endeavor to live well. A man cannot enjoy the rose of heaven without dying, ” he said.

D 15m Jawara mausoleum The PPP leader said the D15 million mausoleum is a good investment and Jawara would have been happier to know that such a museum is being built to remember his legacy. “I don’t think it should only be a museum but a center of excellence where we discuss his legacy and how to reintroduce moral values to our politics. It is time that Gambia starts to celebrate its legends or else our young people will have no sense of our history,” he added.

He emphasised that the country needs discipline in all sectors especially in officialdom. Njie argued that “without discipline even if the country is given tons of gold and silver.. .it will never realise her potential”. “It is only when we instill discipline that we would be able to fight corruption in this country. Our men and women in the service of the nation must realise that corruption is a bad thing. We need to see the birth of a new Gambian if we are going to achieve our aspirations as a country,” he said. He said ensuring discipline in governance will be the PPP number priority. Jawara was born on March 16, 1924 in Barajally in the McCarthy Island Division to Almamy Jawara and Mama Fatty. He studied veterinary medicine at the University of Glasgow in Scotland, and qualified as a veterinary surgeon in 1953. He later joined politics and became prime minister and president until he was overthrown in 1994.