Fellow Gambians,
No one doubts the existence of the Coronavirus pandemic and the destruction it is causing to life and economies around the world.
You will recall, that on 3rdApril 2020, in response to the declaration on the pandemic by the WHO, the National Assembly passed a resolution that extended for (45) days the state of public emergency, which I declared on 26th March 2020 in accordance with Section 34(1)(a) of the 1997 Constitution.

At the time, only two Covid-19 cases were confirmed in The Gambia, whereas 171 other countries were reporting alarming levels of infections. As at the date of my declaration, according to the WHO, the virus had killed 20,834 people globally. Today, the number has increased to over 300, 000. This makes it ever more necessary for stricter measures to be taken.

To respond squarely to the situation, my Government adopted a number of measures, through emergency regulations pursuant to the Emergency Powers Act.
The objective for this line of action was to strengthen our efforts to break the chain of transmission of the virus in the country. Regulations were also laid down to ease the expected hardship that would arise from the measures and regulations. These included the Essential Commodities Emergency Powers Regulations, which seeks to protect the public from price hikes of essential commodities, such as rice, sugar, flour and cooking oil. To ensure adequate food supplies in the country, the export of essential commodities during the state of public emergency was banned.

Other regulations included restrictions on public transportation, open markets and the closure of non-essential public places were part of the efforts to break the chain of transmission of the virus in our country.

The Government is very much aware that strict measures imposed during the state of public emergency would affect lives in many ways, but handling Covid-19 is a matter of survival and saving lives first, and not about individual interests.
As at today, 19th May 2020, The Gambia has 24 officially confirmed cases of coronavirus infections, and one reported death. Our immediate neighbour, Senegal, has over 2,400 cases, and 25 reported deaths. Globally, over 4.5 million people have now been infected, with over 300,000 reported deaths.

Based on their professional opinion, our health experts have predicted that if the right measures are not taken to successfully break the chain of transmission in the country, over 180,000 people will be infected in The Gambia. This will result in an estimated death toll of over 9,000 people.

Guided by these alarming figures and the fact that the state of public emergency extended by the National Assembly expired yesterday, 18th May 2020, my Government requested the National Assembly on 16th May 2020 to extend their resolution by another 45 days. The objective for this is to maintain, if not redouble, our efforts to combat Covid-19, which continues to pose a clear danger to our small country.

Fellow Gambians,
Coronavirus knows no boundaries, and it has no respect for any person. It attacks, infects and kills without regard to status, ethnicity, religion, political or any other type of association. Without a state of public emergency, there will not be any emergency regulations. Without the emergency regulations, we cannot effectively fight against this deadly virus that threatens our lives and livelihoods. This is the time that we must all come together as a nation, and put the interest of the country first and high above politics. This is about all of us as a people bound by a common destiny. It is a period to show our political maturity as a democratic society capable of putting all narrow interests aside for the national interest.

Fellow Gambians,
The 1997 Constitution has empowered the National Assembly, and provided it with the responsibility under these circumstances to support the Government’s efforts to combat Covid-19 under Section 34(5) of the Constitution. With regret, however, our August Assembly has failed to act on its powers.
As a result, my Government and I owe it to the people of this country to protect them from this grave danger. It is my duty to act, and it amounts to a deadly abdication of responsibility if I fail to take the right action in the face of an obvious threat to the lives of our people.

These re-issued emergency regulations shall also continue to be in force in line with the proclamation that I have made today. I call on the general public to appreciate that this is in the best interest of the whole nation, and I pray that the Almighty God continues to bless and strengthen us as a united people.
I thank you for your kind attention.

- Advertisement -
Share
Facebook
Twitter
Pinterest
WhatsApp
Previous articleOn the realities of our current situation: Letter to my President
Next articleA joint media statement by Hon. Amie Fabureh, Minister of Agriculture of The Gambia and MsMoshibudiRampedi, FAO Country Representative on food security and nutrition during the COVID19 pandemic
Join The Conversation 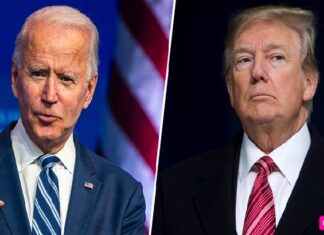