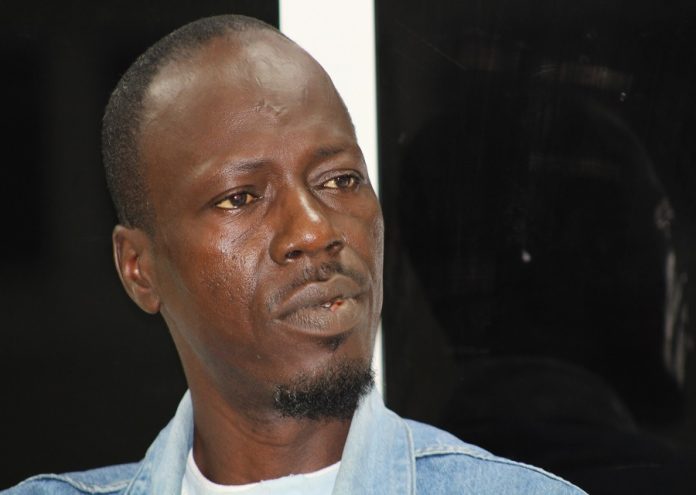 Badjie was sentenced to life in prison in 2011 for a host of crimes including, corruption, robbery and abuse of office. He was pardoned by President Jammeh in 2015.
In his testimony at the TRRC, Condé a convicted robber who spent 13 years in jail and still serving, told the commission the evidence he gave against Jesus during his trial was “all false” admitting he gave the false evidence under pressure from Jesus’s own relatives including the late former NIA director Numo Kujabi and the late IGP Benedict Jammeh.
“The whole plot was set up by these people and I feared for my life to disagree. They coached me to tell the court that it was Essa Badjie who gave us weapons to rob shops and that he was also part of our criminal gang of thieves,” Condé said.

Condé said his fear was informed by the fact that a prisoner who was asked to perform the act refused and was taken to the NIA where he was seriously beaten.
Condé who was the first prosecution witness during the marathon trial said even the state prosecutor in charge of the trial was part of the plot to adduce false testimony from him.
“Sometimes I would be taken to a small room in the court premises and the prosecutor will be telling me about the points we wanted to narrate before the trial begins,” Condé claimed.
“I regretted everything and I am appealing to Essa Badjie and other Gambians I offended to forgive me,” he pleaded.

Deaths
In further testimony, Condé claimed that most of the deaths of the inmates were as a result of lack of care of the correctional officials and recounted widespread torture, medical negligence, poor diet and perpetration of other forms of maltreatment.
On Monday GPS boss Ansumana Manneh confirmed that 41 custodial deaths occurred during the Jammeh years. The deceased include Modou Njie, Mamadi Manneh, Lamarana Jallow, Ebrima Sanyang, Solo Koroma, Ebrima Joof, Bakary Daffeh, Lamin Ceesay, Alfusainey Bah, Baba Jobe, Grand Njie and Mbemba Gassama.
He said Gassama, Njie, Bah and Manneh complained of stomach ache and other ailments and were neglected until they succumbed to death.
“When an inmate dies, they are happy about it and they would even wish their children to die than for a prisoner to escape,” Condé said.

He said Ebrima Sanyang, a mentally unstable inmate, cut a prison guard with a blade and was“severely tortured” and left in chains for 24 months until his death.
He said Mamadi Manneh was tortured by officers escorting him to hospital when they claimed he wanted to attack them. “They beat him seriously and refused to take him to the hospital. He was locked in jail where he shouted without any help until he died.”

He said Malang Sonko, Lamin Ceesay and Kebba Jeng were among inmates who became paralysed as a result of years of being cuffed.
Condé said torture was normalised in the prisons and the key perpetrators were Ebrima Jammeh and Yaya Jarju known as ‘Chefla’.
He said the officers would get ebriated before the torture sessions.