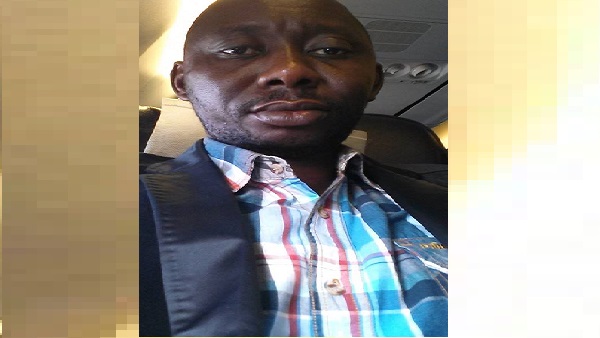 The chairman of the Gambia Football Referees Association, GFRA Ansumana Kinteh has resigned credible sources told The Standard yesterday. Our source added that Mr Kinteh quit the position a few days ago citing numerous reasons that he felt on principle are not consistent with the interest of referees in The Gambia.
In a letter he addressed to the Acting secretary general of the GFRA, Mr Kinteh further raised concerns and allegations about matters relating to the administration of refereeing by the GFF. The Standard obtained the full copy of Mr Kinteh’sresignation letter reproduced below:

This is a clear indication of the GFF undermining my leadership in order to cultivate a climate of mistrust between me and membership. I would like to bring to your attention as well the membership the following decisions taken by the GFF President Mr Lamin Kaba Bajothat has impeded the growth of our association and at the detriment of our referees.
1. Mr Bajo as president of GFF terminated my membership in the Referees Committee upon his reelection whilst all my executive members are admitted back and you the acting secretary general selected as new member. Thus as Chairman of the Association I have no influence in the decision-making of matters affecting my members.
2. That Mr Bajo, the president of GFF and any other person who are either executive members of football clubs in the leagues should not be members in the referees committee as stated in FIFA regulation.

3. Training education and development of our referees for the past years is anchored on the FIFA MA course only. Periodically, trainings of our referees (elite to regional) are mere lip-service. My executive since its inauguration pushed for series of training sessions across all categories of referees and across all regions to no avail.
4. That GFF is always mute on FIFA subvention intended for referee’s development.
5. Travel allowance and or enumerations for referees in domestic league games still remain the lowest (less than 12$) in CAF member countries.
6. The GFF owes my association almost quarter of a million dalasi that I used several times to pre-finance the payment of referees for league games they officiated. I still did not receive any information if the money is paid back as Head of Finance never communicated to me.

7. Referees officiating without security. When they wanted to call off games it is seen as sign way of undermining. Thus their safety and security doesn’t matter.
8. Provisions and demotions of referees do not follow due processes of set rules.
9. Punishment of our referees is not applied in accordance with laws and right procedures. Referees are sanctioned without been investigated nor given letters.
10. That the Referee Representative’s nomination paper in the capacity of Mr Alagie Faye has never been signed by me nor am I aware of any member of my executive endorsing it. Mr Faye’s nomination was endorsed by URR FA. This is a clear misrepresentation of our collective interest as referees as he should be logically representing URR FA not GFRA.
In conclusion, I would like to seize this opportunity to thank the GFRA members for entrusting me with the responsibility to steer the affairs of the association for the past one and a half year. I wish all of you successful tenure”.