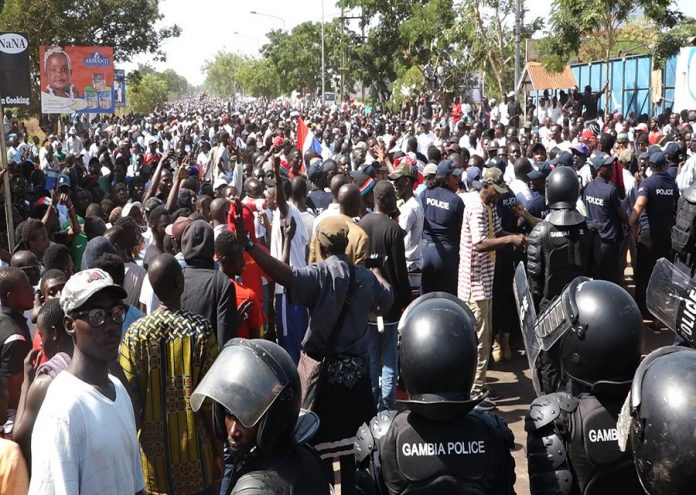 Democracy Watch Gambia has launched a formal complaint to the National Human Rights Commission against the Gambia government to seek clarification as to the legal authority upon which they relied to restrict and interfere with Gambians’ fundamental human rights.
The rights group’s complaint came following the pronouncement by the government through a press release announcing the restriction of and interference with fundamental human rights in the aftermath of the Three Years Jotna demonstration.

“Unfortunately, and, to our disappointment the government failed to respond despite our best efforts and endeavour to constructively engage them on such fundamental issue. In light of the above, we were left with no alternative but to take further steps with a view to compelling the GoTG to comply with the law and their legal obligations under international law with respect to the respect of fundamental human rights,” the rights group said in a statement signed by Pa Musa Nyassi.

The group added: “Accordingly, we hereby inform the general public that we have submitted a formal complaint to the National Human Rights Commission against the GoTG for human rights breaches. An appropriate summary of this formal complaint may be made available on our website, Twitter and Facebook page when appropriate.”