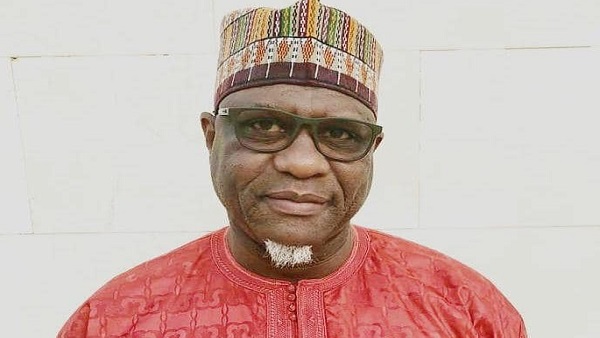 Am I the only one bothered by the question of how The Gambia’s defence minister Sheikh Omar Faye thinks we are to believe that sweet-talking will always achieve him his objective no matter how well-informed his audience is? The humiliation he subjected retired Colonel Ndow Njie, the former commander of the Gambia National Army (GNA) in the National Assembly’s (NA) ultimate rejection of his appointment to the Gambia Armed Forces Council (GAFC) by a vote of 27 to 22, generated two probabilities in mind.

First, that the minister in a rather tactless venture to expunge the three-decade-old stigma from his record of dismissal for “insubordination” from the GNA in 1990 by the same former army commander, Colonel Ndow Njie, probably assumed that facilitating his appointment to GAFC may actually cut it. Perhaps thinking that in doing so, critics will never again bother him about what had gone wrong between him and the retired colonel in 1991 to indeed warrant his undignified termination as a GNA captain. However in addition to records still accessible, many of us familiar with the incident emanating from unflattering reports of then Captain Faye’s conduct in 1990 as a company commander in both Liberia and at home are still around with vivid memories of every detail.

In fact, barely 48 hours after his theatrical appearance at the NA in defence of our former boss, The Gambia’s The Standard newspaper published the official derogatory letter. Besides, when in early 1991 Captain Faye’s soldiers in “Charlie Company” returned from Liberia and staged a scary protest against the PPP government over late payments of their meagre allowances, in order to settle and diffuse the volatile situation, the authorities decided to reinstate Captain Faye in the army. But Colonel Ndow Njie and the British Army Training Team (BATT) commander, Colonel Jim Shaw, ardently rejected the recommendation prompting the army commander’s option to quit rather than to ever work with Captain Faye again. The colonel was as a result relieved of his command duties and appointed ambassador to France while Captain Faye, on the same day, was reinstated in the army. Hence, when the idea started circulating that Minister Faye was on an atypical crusade for the appointment of Col Ndow Njie to the new GAFC, the first thing to come to my mind was the obvious rejection of the offer by the former commander, considering the adverse impression he had once developed against his subordinate. It therefore baffled me when the retired colonel disregarded the consequences and accepted the proposal. He should have known better than to fall for the subterfuge.

On the flip side, did Minister Faye purposefully orchestrate the whole gambit in a payback tactic to humiliate the former army commander, an instinctual prediction from the whole unnecessary drama, especially in his attempt to justify the lousy résumé submitted by the colonel to the NA? The appallingly prepared résumé at best unveiled the calibre of a senescent rather than a brilliant contender. After Colonel Ndow Njie’s negligence of missing some of the silly blunders noted in his résumé such as spending only three years instead of six years in primary school and passing his GCE ordinary level exams twice in June and August of the same year with different results and no explanation attached for doubters, I think Minister Faye should have prevented the presentation of such document to NAMs for scrutiny. Unless the document was sent directly without his perusal which would still be attributed to his carelessness as the principal initiator.

But knowing the guy, I believe he was all along banking on his wooing skills to get the necessary votes of which I must give him some credit for convincing 22 NAMs to vote for his motion against 27 opposing members. But with no credentials attached to the ridiculous resume, and Minister Faye still adamant on persuading the NAMs into recognising the colonel’s exceptionalism merely compounded the problem to its failure. While cajoling the NAMs live on TV, fact checkers and those who knew better were probably sending text messages to their colleagues disputing most of his unfounded rhetoric. For instance, the retired colonel and former commander never ever attended any military academy in Pakistan but the minister confidently claimed he did. Furthermore, I believe GAFC responsibilities are not about soldiers with best results in Annual-Personal-Weapon Test (APWT) or about arithmetic wizards; but for suitable talking points, Minister Faye had to exaggerate the commander’s outstanding sharpshooting and accounting skills. Mr Minister, the job is about grounded knowledge on military policies at the highest level requiring the best brains and not about the best marksman or ledger keeper. However, if the whole exercise was to payback on what the former commander did to him in 1991, he deserves special commendation for a job well done. I hope I am wrong in this prognosis but exploiting the brouhaha now to literally tell the world that Colonel Ndow Njie as army commander at the time had no constitutional right to terminate his service as a commissioned officer and captain, looks like a low blow to me. He just can’t have it both ways, by acclaiming the former commander for building and administering a perfect army from nothing to something and then turned around to delineate him for not pretty much knowing what the heck he was doing as an administrator.

That he was not even empowered to dismiss a sub-lieutenant much more a captain of his rank but still forgetting that BATT commander, Colonel Jim Shaw, was the Colonel Njie’s principal adviser throughout that period who was also vehemently against his reinstatement imposed by the political elite. Anyway sorry, Colonel Njie, I think it was a big mistake to accept the convoluted offer; and mark you, your withdrawal from the process came rather too late after your humiliating disapproval at the NA for not, among other things, providing your credentials. Minister Faye finally said that you lost them in your regular relocations. Really in 2020? Hmmm!
Notwithstanding, being what I believe is the first time of its kind to submit names of such potential appointees for approval at the NA, I will recommend the possible adoption and adaptation of the American Congress method of conducting such critical evaluations and endorsements. In that even if the candidate provides all necessary credentials with impeccable résumé, coupled with broad experience he or she ought to be invited before a vetting committee for questioning and answers. People out of government business for three decades especially in areas requiring expert knowledge and robust thinking should be subjected to thorough interviews to determine whether they still have what it takes or not. Meaning that a person like even MrYusupha Dibba with all his credentials satisfactorily produced should have still been invited and quizzed over his beliefs on national and international defence issues, hot pursuit pacts, Ecomig or the Senegalese forces in The Gambia and the whole nine yards about the country’s current defence concerns. How would anyone know if a dormant candidate out of the system for over thirty years is not partially senile now or lacks the ability to pass basic aptitude test without subjecting the individual to a live interrogation?

That said, let’s further look at the oxymoronic assertions of the defence minister in his attempt to bamboozle the NAMs into believing everything he uttered. Didn’t he sound inconsistent for saying that the government signed certain defence treaties of which he was a witness in Senegal, expected to be ratified soon by the NA but cannot answer the simple question of what the terms and conditions of opting out of the bargain were if the Assembly eventually found them unfavorable to The Gambia’s national interest? In his response, he of course simply confirmed how he was a signatory to an whose specifics he was barely familiar with or don’t understand. Likewise when questioned about the rationale behind the deployment of Senegalese troops in Foni, he as habitual, without a clue on what he was talking about, asserted that that Foni detachment was a component of the broader Ecomig force. Wondered why nobody challenged him for that incorrect statement. After all, was it not publicly announced by the Ghanaian Ecomig spokesman in the wake of the last national outcry about the hostile activities of those Senegalese troops, that they were not a part of the original West African forces but deployed later on as part of an exclusive agreement between Presidents Adama Barrow and Macky Sall? Yes, even the European Union representative, Mr Lajos, did at the time confirm the spokesman’s statement and further added that the EU was nevertheless paying them along with the Ecomig force. However, it was not until recently that France started financing both contingents. Minister Faye was either ignorant of the Ghanaian Ecomig spokesman’s statement or just couldn’t explain the unratified treaty already implemented illegally by the Senegalese as he again manifested in his weak simplification and inconsistency over the so-called hot pursuit agreement. In fact he talked about the hot pursuit agreement at the NA as being already signed in Dakar in March 2020 awaiting ratification after the end of the Covid-19 pandemic. However, after perhaps realising later that the Garawol incident where the Senegalese troops unlawfully crossed into The Gambia to shoot and arrest an innocent Gambian, Mr Trawalley happened well before the Dakar meeting, he changed the signing time to 4thMarch 2017 when “I was not yet the minister of defense”. Quintessential shifting of the goalpost in the middle of the game!

I also distinctly remembered journalist Omar Wally once asking him about the Garawol incident soon after it happened and the minister exhibited a pamphlet from which he said the Senegalese justifiably relied on and signed between the two countries in Dakar in his presence. So telling the NA that the hot pursuit protocol is yet to be ratified for implementation is just a reflection of the minister’s lame attempt to deny and invalidate the argument that the Senegalese are totally in charge of our security orbit while President Barrow hired him as their mouthpiece or second fiddler to defend their indefensible behaviours. Amazingly, in his last interview with journalist Mr Lamin Baba Njie, the minister for the first time seemed to acknowledge that the Senegalese security forces made a mistake in that illegal incursion to Garawol adding that it is currently being addressed by the two governments. However, after seeing and hearing all, one never knows what to believe anymore about statements coming out of the mouth of our defense minister. Only God knows what is true or false on them.

In the end, I am tempted into believing that the defence minister doesn’t necessarily pay much attention to what he says or is somehow inflicted with a poor memory incapable of even remembering what he had had for breakfast in the morning. But don’t get me wrong, he can effectively woo the naive into submission if provided the slightest chance.

Samsudeen Sarr is a former commander of the Gambia National Army. He served as The Gambia’s deputy representative at the UN and is the author of several fiction and non-fiction books.