Techincal Center to be overhauled in six months

Bajo was speaking at Football House yesterday as he signed a 20 million dalasi renovation contract with Shcreji Development Enterprise, SDE as contractors and  Francis Jones and Associates as consultants.

The GFF president said since this is the first project to be implemented by his executive, they would ensure work is done to the money’s worth and completed on time.

‘”Though I have never met the contractor, I have reason to believe that their proven record has made them a credible choice for the consultant and am sure they will do a good job.” he said. Bajo stressed that this renovation will not be just a whitewashing but a real repair work that will make everyone proud. ”We don’t settle for anything but excellence,” he said.

The GFF president thanked Fifa and Caf for their support and President Jammeh, under whose patronage Gambian football enjoyed a lot of assistance.

Earlier, his colleague in the GFF executive Bakary Jammeh, described the centre as a multi-purpose facility that is designed to serve two main purposes.  “One is to serve as school of excellence, embodying the GFF technical department and programmes that will serve the entire country while the second one is to be a fully fledged hotel that will contribute to the country’s tourism, especially sports tourism,” Jammeh said.

He challenged the contractor and consultant to work towards the aspiration of the GFF and the nation in general.

Frances Jones, representing the consultants assured that his firm will perform its role to ensure that work is done according to budget, time and specification.

Yai Fatou Gaye, site manager at SDE, the contractors, thanked the GFF and the consultant for trusting her firm, assuring that they will give their best in the project and hope that this will be beginning of a long collaboration between SDE and the GFF.

The ceremony was attended by senior GFF executive and senior management members. The contract is designed to be completed in six months time. 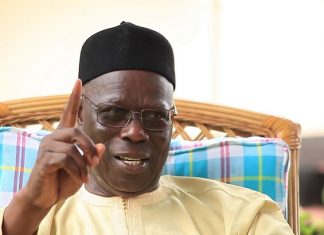 January 25, 2021
Press release The Gambia For All party is alarmed and concerned that our "New Gambia" is seemingly transitioning into becoming the Narco State of the...