The Gambia and Singapore, the same age, different accomplishments 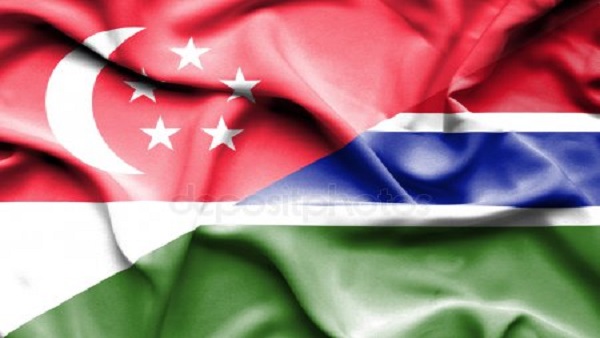 The Gambia has been independent for fifty-four years. We no longer have the excuses that we are new to the game or just starting out or that we should be allowed our growing pains. All of that is barking nonsense.

Singapore gained its independence (August 9, 1965) the same year the Gambia gained independence (February in 1965). The founding father of Singapore, late Prime Minister Lee Kuan Yew, studied Singapore to figure out what options were available for small island nations suffering social unrest and facing regional military threats.
In the last fifty-four years of nationhood for both The Gambia and Singapore, what are the successes of Singapore and failures of The Gambia in terms of socio-economic development? One cannot help but reflect on what could have been for our own country, The Gambia.

After all, Singapore and The Gambia started as equals back in the 1960s. But alas, The Gambia has been left in the dust by its neighbors as each country learned to evolve through the times.
Intelligent and efficient Singapore is the country, The Gambia could have been today. The Gambia, like a marathon runner ahead in the race who stumbled and suffered a spectacular fall, it has been hard for The Gambia to pick herself up.

Meanwhile, from what was described as a formerly sleepy port, Singapore grew to become a global finance and trade hub. The legacy of Singapore’s founder, former Prime Minister Lee Kuan Yew, continues to guide the country’s multicultural society even after his death.
Some say it is not fair to compare Singapore to The Gambia because Singapore is smaller than The Gambia. The Gambia is about sixteen times bigger than Singapore. The Gambia is 11,300 square kilometers. The population of The Gambia is slightly less than two million people. (1.9 million fewer people live in The Gambia than Singapore.)
Singapore is approximately 697 square kilometers and its population is nearly six million. (Four million more people live in Singapore than in The Gambia.) But as with many things, it’s not the physical size that matters most. What you do with it counts more. Singaporeans have obviously accomplished a lot with their space despite the scarce resources within it.
To give you an idea of what they had to deal with, the country had been relying on imported water from Malaysia for most of its water needs.

In recent years, “the city-state has made its gutters, drains and rivulets a vast basin to catch rainfall” in addition to increasing the size of its water catchment areas to ease their dependence on Malaysia. It is evident that instead of holding them back, a lack of resources made Singaporeans become more resourceful.
Accommodating Singapore’s booming population seems like a welcome challenge for them as well. To manage the country’s growth, which is projected to reach six million people over the next two decades, Singapore’s government teamed up with experts from the “Massachusetts Institute of Technology (MIT) to devise ways to manage its expansion – knowledge it plans to export to other cities.”

The whole point is “to study how cities work and how they can work better.” Those who have been to Singapore know how efficiently things are run in the country.
Look at the difference today: Singapore’s government owns more than 100 companies with a market cap of more than one billion dollars; whilst we are selling off ours. Singapore’s investment agency loaned Barclays’ Bank $10 billion during the fiscal crisis. Its National Reserve is $900 billion.

For another example, look at Estonia with a population as small as The Gambia’s at 1.5 million people. Estonia declared formal independence on August 20, 1991. Twenty-seven-years ago, Estonia was a dark, damp backwater of the Soviet empire. Today, it is light and clean. Skype was invented in Estonia, which has half a billion people online and held its last general election on the Internet.

Emerging from the greatest fiscal crisis in its modern history, Estonia has a well-educated citizenry, a balanced budget, is debt free, has a simple flat-rate tax, low crime rates, a stable, convertible currency backed by a currency board, and a strong peg to the euro. It has the most advanced electronic government in the world, and all its advancements were made in the twenty-seven years we wasted trying to sell tourism and peanut farming.
We must stop saying we need more time. We must stop saying the country is young. No more excuses are available for us now.

If only The Gambia could learn from Singapore and apply the lessons to the tasks involved in managing its people and resources, then the country could also join its neighbors at the finish line. Despite the Gambia’s vast human and natural resources and abundant talent pool, the country cannot seem to get its act together.For those waiting for the “pipe dreams” of the return to tourism’s heyday in The Gambia, forget it. Those days are gone for good. We may build massive hotels and tourism infrastructure to excess but know this: That model of hotel development died in the 1990s and belongs to the 1960s, Las Vegas era. More importantly, the people we are expecting as tourists to stay in and visit these monstrosities are busy losing their homes and jobs and preparing to pay higher taxes.