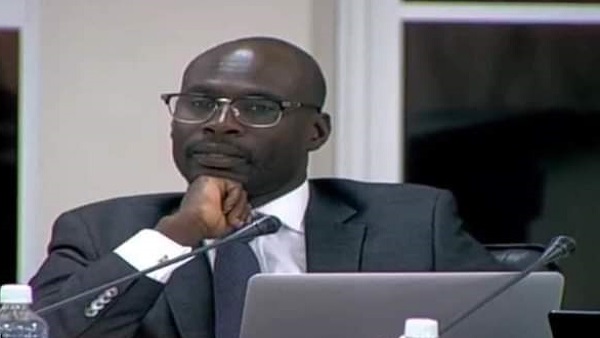 By Essa Faal, lead Counsel, TRRC
Ladies and gentlemen, welcome to this press briefing. This is the first press briefing that I am hosting in my capacity as lead counsel. After consultations between myself, the Chairman, the Commissioners and the Executive Secretary, it has been decided that I should host regular press briefings so as to assist the general public to understand what is going on in the TRRC. In that regard, I look forward to meeting you regularly in these briefings.

Lately, the Commission has received a number of requests from interested Gambians for clarification or explanations of some of the procedural arrangements of the TRRC. This is partly due to the fact that the rules of procedure of the TRRC dated 7th January 2019 are still provisional and as such have not yet been published. I will now endeavor to answer some of the queries raised.

The first issue deals with the objective and mandate of the TRRC. As many of you are aware, the TRRC is a truth-seeking exercise. According to Section 13 of the Act, the objectives of the Commission are to (a) create an impartial historical record of the violations and abuses of human rights that occurred in The Gambia during the 22 years of the Jammeh Government i.e. July 1994-Jan. 2017, (i) promote healing and reconciliation, (ii) respond to the needs of the victims, (iii) address impunity, (iv) prevent a repeat of the violations and abuses suffered by making recommendations for the establishment of appropriate preventive mechanisms including institutional and legal reform (b) establish and make known the fate and whereabouts of disappeared victims, (c) provide victims an opportunity to relate their own accounts of the violations and abuses suffered; and (d) grant reparations to victims in appropriate cases.

The TRRC is not a witch hunting exercise. It is a victim centred process aimed at establishing the truth about the violations and abuses of human rights. It is also not a criminal trial. It is for this reason that the commission endeavours to remove many of the features that would liken the process to a court.

The success of the process depends to a large extent on the ability of the Commission to get the truth of what happened. In this regard, success would be easily attained if witnesses cooperate by providing truthful accounts. False or misleading testimony would only derail the Commission and lead it to error. It is for this reason that the Commission encourages all witnesses including perpetrators to speak the truth and nothing but the truth. According to Section 19 of the Act, the Commission may recommend the granting of amnesty under certain terms and conditions to a perpetrator who makes full disclosure of his or her involvement in human rights violations and expresses remorse for his or her acts of conduct. But Section 15 (2) (b) makes it a criminal offence to intentionally provide misleading or false information to the Commission. Thus, premium or great value is attached to providing truthful information and a sanction for providing false information. The system is one of carrots and sticks.

Questions have been asked as to why witnesses are sometimes questioned differently. The mode of questioning of a witness depends on several factors. Firstly, the nature and type of hearing and also the type and legal qualification of the witness. All witnesses who appear before the Commission participate in pre-hearing meetings with members of the legal team as well as psycho-social support staff as required. The legal Team assesses the level of cooperation and credibility of witnesses. As a result of the pre-hearing meetings, some uncooperating witnesses become cooperative. However a limited number of witnesses, in spite of the information put to them, are willing to appear but refuse to be truthful on certain issues. The TRRC has three types of hearings i.e Victim hearings, Investigative hearings and Institutional hearings. Victim hearings are those hearings in which the person testifying is a victim and talking about her-his own victimization. In such hearings, the mode of questioning is often with neutral or open questions. Among the reasons for this approach are to avoid re-traumatisation, avoid insensitivity to the victims’ plight, empower the witness and provide a platform for the victim to give an account of her-his own victimization as mandated by the Act. For victim hearings, there is hardly ever any need to robustly question or cross examine the victim.

With regards to investigative or institutional hearings, there is no direct victim. The witnesses in these types of hearings are normal witnesses of fact or persons adversely mentioned. According to the Provisional Rules of Procedure of the TRRC, normal witnesses of fact are questioned using the normal open questions format. There is hardly any need to confront the witness unless there is reason to believe that the witness is not forthcoming or providing false or misleading information. In such instances, the witness may be cross examined. With regards to persons adversely mentioned, they too could be questioned using the open questions format. Just like normal witnesses, the mode of questioning may change depending on the posture of the witness. Where the witness is evasive, uncooperative, misleading or hostile, the witness may be questioned more robustly or even cross examined in order to elicit the truth. In addition, Counsel has an obligation, based on the rules of fairness to put the case or allegations to the adversely mentioned person and give her/him the chance to answer. Thus, questioning an uncooperative adversely mentioned person would in all likelihood be more robust and more confrontational. It is the duty of counsel to test the evidence provided by witnesses.

It has been asked whether witnesses are allowed the assistance of lawyers. It must be recognized that a truth and reconciliation commission is not a trial. As such processes that make it look like a trial are discouraged. It is in this context that many truth and reconciliation commissions do not allow lawyer participation. In the Gambian model however, there are overarching rules of natural justice and procedural fairness. It is because of this that the provisional rules of procedure mandate that persons adversely mentioned may appear with and be assisted by a lawyer with limited rights of audience. It is optional.

So far, no witness has used it. However, it is important to note that the witnesses who have been adversely mentioned have been served with notices of adverse mention and provided with the relevant excerpts of the rules of procedure which informs them of their right to be assisted by Counsel in the hearing. Additionally, during meetings with the relevant witnesses, they are informed of the right to be assisted by Counsel during interview and testimony. We know that some witnesses who have been summonsed or subpoenaed to testify are currently working with lawyers in preparation for their testimony.
Like I have said in the beginning, this is neither a witch hunting exercise nor a trial. We try to elicit the truth from witnesses in a very respectful manner. However, where witnesses are uncooperative, misleading, or play games, we have an obligation to use the repertoire of skills in our toolbox to tackle the situation. If we don’t, more witnesses will come and treat Commission with contempt and ridicule. We would not allow anyone to get away with that.

Recently, in the exercise of its mandate and pursuant to its power to visit any place in the country, including without giving prior notice in accordance with Section 15 (1) (b) of the TRRC Act, the Commission visited Jeshwang and Janjanbureh prisons after notifying the authorities. Soon after the visit, the PRO of the prison Service made a press conference in which he lambasted the Commission for what he termed an “unethical and uncalled for” visit. On behalf of the Commission, I state that the language of the PRO was unnecessarily harsh and disrespectful. Use of such strong and disrespectful language should not be allowed in official discourse. Our country has gone through a lot in the not too distant past where public officials are not called out to be accountable for their deeds and where others with differences in opinion are treated with contempt and ridicule. Such behavior from public officials is unacceptable. The TRRC refused to respond at the time when the unwarranted statements were made just to diffuse the situation and avoid unnecessary escalation. It certainly would have been more helpful if the Prison Service had called the authorities in the Commission to discuss their complaint.
That is all I had to say. Thank You.