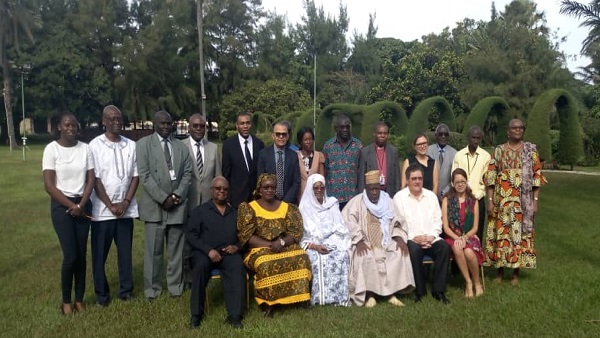 Adelaide Sosseh, the head of the Reparations Committee of the TRRC, has disclosed that with the availability of experts, reparations payments will be smooth and just.
Mrs Sosseh, who is the vice chairperson of TRRC, was speaking at the opening of experts’ meeting at the Kairaba Beach Hotel yesterday.

The meeting will provide a technical forum to facilitate dialogue between the TRRC representatives with experts from other transitional justice processes and various Gambian stakeholders on reparations principles based on experiences in other countries.

Its objective is also to compare experiences of African countries, to contribute to finalisation of the draft TRRC reparations regulations document. However Madame Sosseh revealed that D50 million dalasi received from the Gambia government to the truth commission’s reparations fund for the victims that qualify within its mandate, is a drop in the ocean, given the high number of victims from fake HIV treatment, rape to witch-hunting.

Julien Attakla-Ayinon, senior advisor, rule of law and transitional justice, UNDP, said the truth commission is a cure to the people with long enduring pain who have no means of vomiting it out.

“From the horse’s mouth, the victims testified to the truth commission that since they are given the opportunity to talk about their pain, they hide no grudge or pain anymore in their hearts,” the UN expert said.

Kebba Jom, representing the Victims Centre said his institution is worried about the release of the Junglers as well as the sad fact that people whose names were mentioned to have committed atrocities are still working in the system.

The two-day workshop will discuss comparative experiences from South Africa, Liberia, Togo, Burkina Faso, and Morocco on challenges and opportunities of development and implementation of reparations regulations in transitional justice processes.

By Omar Bah The secretary general of the People's Democratic Organisation for Independence and Socialism on Friday made a national broadcast to mark the 34th...
Read more
News

August 3, 2020
By Omar Bah The secretary general of the People's Democratic Organisation for Independence and Socialism on Friday made a national broadcast to mark the 34th...

Calls for travelers to pay for quarantine