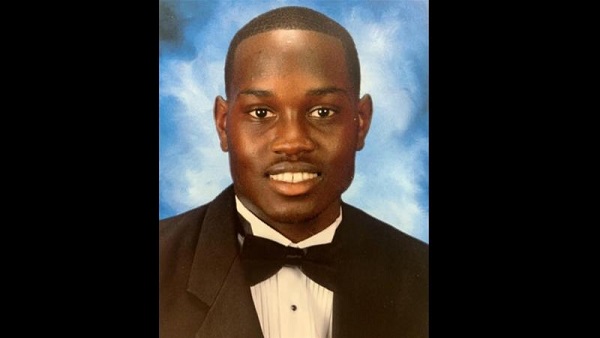 The ongoing animated social outburst in the USA and across the world, stemming from the most recent public execution of African-Americans Ahmaud Arbery of Georgia and George Floyd of Minneapolis mirrors startling comparisons to the expeditious awareness raised in folks of all races, creed, ethnicity and nationality after the 1968 assassination of Dr Martin Luther King Jr by a white-supremacist, essentially bringing about the last significant changes in the African-American 400 years-old struggle in opposition to oppression and discrimination.

Doubtlessly, these callous events have immensely awoken people of faith or conscience into expecting radical reforms in America’s criminal justice system and law-enforcement operations, outrightly perverted to persecute people of color. Individual states are already taking vital measures to improve policing tactics starting with the most obvious of outlawing chokehold, neck-knee pressure together with having to hold accountable police bystanders doing nothing to stop their partners engaged in excessive and illegal use of force against harmless suspects. Although most critics are denouncing these remedies as coming too little and too late and should promptly be legislated at federal level. Since the 2014 Eric Garner chokehold murder in New York City, only 27 states outlawed the deadly apprehension method.

Nonetheless, following the development of these new cases and the cautionary statements shared by legal scholars, we need to be very mindful of our expectations. Minnesota Attorney General Keith Ellison, leading prosecutor in the George Floyd case, has been giving the public hints about the possible legal obstacles that could hinder the successful conviction of all four police officers charged with second-degree manslaughter in the case of the lead officer, Derek Chauvin and aiding and abetting his action in that of the other three, Thomas Lane, Alexander Kueng and Tou Thao.

AG Ellison sounds quite concerned about the high expectation of angered Americans demanding a “pound of flesh” from all four offenders with nobody interested in the counseling remarks raised by Officer Thomas Lane in particular whose voice has been captured twice in the audio unsuccessfully warning his squad leader, Derek to roll the victim over. That would have allowed Floyd the breathing position he was desperately crying for before his death.

“No, staying put where we got him”, Derek was heard telling Thomas.
“I am worried about excited delirium or whatever”, Lane again warned Chauvin. “That’s why we have him on his stomach”, said Chauvin.

He even drew the attention of Chauvin to Floyd’s condition when he could no longer trace any pulse on his wrist, but the senior officer refused to ease his knee pressure that added another two minutes to make it the nine minutes it took to kill George. Officer Lane (six months on the job) and Officer Kueng (three months on the job) both relatively new in their careers are said to have no complaints of bad conduct in their files and were simply going along with what must have appeared as an experienced trainer’s way of doing the right thing. From what I know so far, I think the two new cops deserve clemency. To the contrary however, Officer Derek Chauvin’s (nineteen years on the job) and Officer Tou Thao’s (seven years on the job) files have accordingly been marred by reports of serious misconducts and the use of excessive force ranging from shooting to manhandling defenseless and harmless civilians.

So like many Americans, while I am expecting convictions on all four officers, I wouldn’t rule out the possibility of the two rookie cops receiving relatively lenient convictions or a not-guilty verdict from even an all-black jury.

That said, I am however afraid of the consequence of a not-guilty verdict on all police officers, including the three white murderers in the case of Ahmaud Arbery of Georgia.
Fair to consider the probability of their exoneration that could trigger spontaneous riots from the population reminiscent of the 1992 rampage in Los Angelis following the inconsiderate vindication of all four white police officers by an all white jury of seven men and five women in the 1991 Rodney King police-beating, captured on video.

Today despite the groundbreaking impact of 75% of Americans showing their sympathy to George Floyd’s demise, the white supremacist-hate groups are on high gear to sabotage both cases, funded by wealthy white-interest groups and the hard-core Donald Trump loyalists whose fanatical zeal to maintain the racial status quo has never been this threatened before.

The defense can exploit the legal loopholes in the system by citing prejudicial opinions already formed about the case by the Minneapolis community, where George Floyd was murdered and rightly demand a transfer of the trial to a relatively “neutral” city. Most other cities in Minnesota beside Minneapolis and St. Paul, the biggest, are mainly populated by whites from where a jury must be selected. Almost all cases of police brutality against minorities involving unjustifiable killings of black people have often been thrown out of the courts by white juries. Numerous murdered black people caught on tape with proven evidence of criminal behavior by law enforcement officers have mostly been dismissed on questionable technicalities. In fact only one in every five hundred crimes committed by police officers in America ends up with a conviction. Police violations are so frequent that every year government settlement of cases with victims amounts to over US$200 million.
Anyway, I don’t expect it to happen but God forbid even a hung-jury in the Georgia and Minneapolis cases of Arbery and Floyd respectively. That will be gross.

Yet, finding the white culprits guilty and punishing them to the satisfaction of the overwhelmingly concerned public will not only signal the beginning of a much-desired transformation of an immoral justice system but would certainly cause a significant setback to the institutions and constitutions of white-racism in cultures throughout the world. America and the world somberly need that right now.

Like I always insist, racism is a dumb concept based on nothing scientific but founded and supported by dogmatic myths existing only in the imagination of nincompoops. Christian theologians have always preached it, misinforming their believers about the divinity in Africans or black people having to descend from “Ham”, the son of Noah whom they said was cursed by his father for breaking the anti-fornication rules in the Ark during the “Great Flood”. As a result of violating the edict, the child that was conceived and born from that fornication started the offspring of black people and slaves.

There is another biological myth touted by racist white people that blacks are less intelligent than whites and have a lower sense of morality that continues to strike a chord in American and Western cultures. Unfortunately, most black people in general and Africans in particular tend to subscribe to the nonsense of blacks being inferior to whites in many respect. Just go to Senegal and see how “assimilated” or indoctrinated African subjects of French colonialism still overrate the moral and ethical qualities of whites over blacks. It is pitiful.

This is why the role of the United Nation Organization aimed at harmonizing and emancipating humanity since after World-War Two must explore the inclusion in their objectives of universal racial reformation. With all their large populations of black people, have you seen the Indians, Arabs and Chinese in the round-the-clock-global protest to end racial prejudice against black?

Indian societies for over 3000 years have developed the mythical concept that the Hindu Gods or Masters in the cosmos created their caste system that divinely requires discrimination of one kind of people over another. It is about time world organizations and nations in general started holding politicians and scientists liable to these racially accepted orders.

Indian citizens need radical reeducation and reorientation programs to erase certain archaic myths. Starting particularly from the ignorant belief in so-called Gods that fashioned creation from the body of an ancient being called “Purusa” as stated in the Vedas, the Hindu scripture.

Where it is argued that the sun was created from the eye of “Purusa”, the moon from its brain and their Brahmins (Priests) from its mouth. That their Kshatriyas (warriors) were also created from its arms, their Vaishyas (peasant and merchants) from its thighs and, yes, their servants, slaves, untouchables and all blacks originating from its legs. These current sociopolitical differences classifying superior and inferior Indians are as natural and eternal to them as the difference between the sun and the moon. It is a caste order that mortally forbids intermarriage, outlaws sharing residencies, prohibits most human-to-human associations including even sharing the same schools, hospitals or meals, all deemed toxic to the “soul” when violated.

By the same tangibles, ancient Chinese mythology has in their “Tipitaka”, the Budhist scripture, passed from generation to generation a creation myth by a Goddess, “Nu Wa” who kneaded light-skinned aristocrats from fine yellow soil while commoners and slaves (blacks) were formed from brown and dark mud respectively.
Arab cultures, despite the religion of Islam originating from them with its teachings of equality before our creator, black people are viewed and treated worse in their countries than in Western nations. Thanks to their stupidities.

This whole racial nonsense will have to be confronted and terminated at all levels of governments, institutions and organizations, domestic and foreign for black people to start enjoying the respect and dignity we deserve. Like we have been drafted in a race where as runners we are only allowed to compete for the bronze medal. We will now compete for the gold.