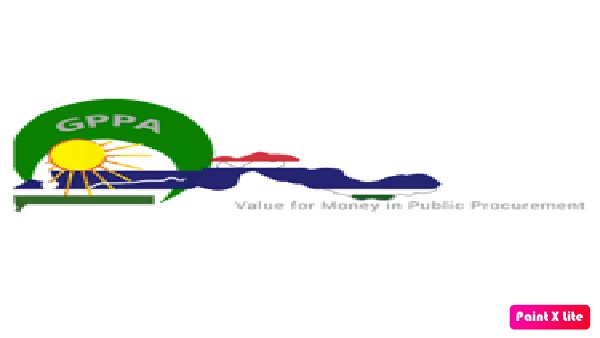 Many Gambians for the past decades have cried out loud against rampant and endemic violation of procurement laws and ethics in the Public Procurement System of The Gambia which has been proven beyond all doubts by revelations made at the Janneh Commission on the award of public contracts to certain companies close to the corridors of power.

A plethora for lack of adherence to the procurement laws and regulations of the country in central Government, state-owned enterprises, and local councils for the past decades was common knowledge amongst Gambians which to certain extent resulted in loss of confidence by donors’/development partners and undermined the achievement and fulfilment of primary public procurement objectives and goals. The U.S. Department of State FY 2015 Fiscal Transparency Report listed Gambia amongst the list of countries in the world that did not fulfil its criteria for fiscal transparency, the criteria for assessing fiscal transparency of countries by the US State Department include awarding public contracts in line with the requirements of the relevant laws of the country.

However, a historic change of Government in December, 2016 brought about high expectations of building strong governance institutions, creating a good governance environment, and strengthening oversight institutions to fully discharge their duties without hindrance or undue interference by any outside authority. From 2017, The Gambia has been a beneficiary of huge financial aid from various development partners as part of their commitment to support the country’s transitional agenda and development process, earmarked for the development of the country in almost all sectors of the economy ranging from, energy, infrastructure, education, agriculture, trade etc. resulting to an exponential increase in the size of public sector spending.

Therefore, as the size of public sector spending becomes larger, government including local government authorities and agencies become more active in providing essential goods and services to the populace, public procurement oversight becomes more of the essence than ever before to ensure adherence to public procurement laws of the country (GPPA Act and Regulations), ethical conduct and best practices in the award of contracts for the achievement of value for money and promotion of socio-economic inclusion.

Public procurement in The Gambia is guided by a Procurement Act like many other countries, an Act of Parliament and a procurement regulations gazetted by the Minister of Finance and Economic Affairs which prescribe procedures for the procurement of goods, works and services by the state, state agencies, and local government councils. According to Arrowsmith et al (2011:1), regulatory rules on public procurement generally focus on the process of placing a contract to acquire goods or services. This is meant to ensure that procurement is effected in a manner that is transparent, fair, honest, cost-effective, and competitive.

In a recent, interview with Pa Modou Bojang of Menbekering Radio/Online TV, the Chairman of Brikama Area Council (BAC) Hon. Sheriffo Sonko proudly and confidently narrated how his council awarded a contract for the Development of a Digital Tax Management System to a company called 5C Energy, a Swiss based company registered in The Gambia. Chairman Sonko being very excited with this development is convinced that his council used the right procedure to engage a company he believes is out to help his Council change the norm for tax collection and management, it was evident in the interview that Brikama Area Council did not seek prior approval from the Public Procurement Authority (GPPA) to engage the services of 5C Energy, in fact Chairman Sonko would quickly take his team to Dubai in a trip entirely sponsored by 5C Energy for a study tour even before a deal was reached between BAC and the company, a move that does not only constitute huge conflict of interest but violates the Public Procurement laws and regulations of The Gambia and rules on best practice on Public Procurement, a real recipe for corruption by all indications.

Chairman Sonko further explained his sole involvement in another procurement transaction with the assistance of 5C Energy to procure Trucks for Refuse and Garbage collection for the council from a company in China, a transaction that is not only totally heart-breaking, but by all means completely against public procurement rules, best practice and professional ethical conduct.

Chairman Sonko confirmed with absolute boldness that the 5C Energy financed the cost of his trip to China including air ticket, hotel accommodation and feeding. Like the Digital Tax Management System, Chairman Sonko agreed a deal with a company in China for the Purchase of Trucks for Garbage and Refuse Collection for his council and a mandatory advance payment requested by the Supplier was paid by 5C Energy on behalf of the Brikama Area Council. One would be tempted to ask, why is 5C Energy interested to sponsor the trip of Chairman Sonko to China and go to the extent of making a mandatory advance payment to the Supplier on behalf of the Council? Could this money come from the Digital Tax Management revenue? Chairman Sonko in the interview, made reference to an approval sought by the Lands Ministry from GPPA on behalf of his Council at a time when a deal was already agreed between his council and the Chinese Company for the Purchase of the Trucks from China.

For the Supply of Trucks contract, it will be absolutely embarrassing on the side of the GPPA if a retrospective approval was ever granted for this Procurement as stated by Chairman Sonko in the interview that the Lands Ministry sought approval from GPPA when the trucks were already shipped to The Gambia.

Chairman Sonko and all other public officials / accounting officers must understand that they are obliged by law to ensure that their organisations adhere to the dictates of the law. Additionally, they must acknowledge and appreciate that the Public Procurement Law is as important and valid as any other law/s of the land. As a Public servant involved in the public procurement processes, Chairman Sonko and all other Public Servant/officials are expected, at all times, to be honest, trustworthy, responsible and reliable and are required to conduct themselves in accord with the provisions of Section 27 of the GPPA Act; Conduct of Public officials;

The Public Procurement Authority (GPPA) being a state institution tasked with the responsibility to ensure compliance with all provisions of the procurement laws and regulations, is obliged to promote the principles of Public Procurement in all public institutions in The Gambia and ensure adherence to professional ethical conduct. The GPPA has a duty to ensure that there is transparency and accountability in all procurement processes and must encourage competition by not attempting to validate methods of procurement by institutions which may deny potential suppliers the chance to bid for public procurement opportunities and increase the likelihood for corruption, fraud and nepotism in the public sector.

The GPPA must be perceived to do exactly what the institution is mandated to do without fear/favour or risk being accused of being complicit in the continued violation of Public Procurement laws and ethical standards.

For the past decades, our institutions have been rightly blamed for various malpractices such as corruption in awarding contracts, nepotism, solicitation and extortion; practices that perhaps have led to a loss of confidence in the country’s public procurement system by the business community and civil society, and now should be the time to change the narratives in the public procurement system. As a way of eliminating or reducing the continued violation of rules and ethical standards in procurement, GPPA and other relevant institutions should sensitise public officials’/accounting officers like Chairman Sonko to understand the procurement laws of the country and ethics in procurement and ensure compliance by public institutions through rigorous oversight reviews/audits of procurement activities in all public entities.

“Chairman Sheriffo Sonko and many others like him may have good intentions but should learn to do the good things rightly, GPPA also has a responsibility to ensure that institutions understand that doing the right things in procurement simply means complying with the procurement laws, regulations and best practices”.