Jammeh EK Bojang, the secretary general of the West African Football Union Wafu Zone A, has reacted to a recent press statement from the Gambia Football Federation, GFF, on the debacle that befell the Gambia national Under-17 team in the going championship in Dakar, Senegal.
On Sunday the GFF issued a lengthy statement explaining their side of the story about how 7 Gambian players were disqualified by MRI test mandated by Caf which is also using the event as qualifiers for its Under 17 championship next year. The GFF said the results of the test were lately communicated to them, adding that they could not understand why a previous test on the same players at the same hospital had cleared them. They also expressed their frustration with Wafu and secretary general Jammeh Bojang, a Gambian.

Contacted for comment on the issues raised by the GFF, Wafu secretary general Bojang accused the GFF of slander and malice in their statement . His reaction in full is printed below:
“I have read the statement from The GFF. It is all malicious, ill willed and totally bizarre because I am not a medical doctor neither a member of both Caf & Fifa medical committees that conduct the MRI. The GFF brought their players to Dakar for the test and had 7 players disqualified. The issue of the MRI is beyond me, I must emphasise. That is the job of FIFA / CAF medical experts.
Again, we have a protocol team in the airport and the hotels led by Mr. Pap Ngom, a Caf protocol member. They received all delegations at the airport and showed them to their hotels including Caf and Uefa officials. The responsibility to receive and lodge delegations and guests including The Gambian delegation rest with the protocol team. I did not receive delegations /guests at the airport. Even the Gambian officials like Martin Gomez, Bakary B. Baldeh and VP Ebou Faye were all received at the airport and lodged at their hotel by the protocol team.

That I didn’t take their calls is a deliberate slander just meant to justify their ill-thought actions. I personally spoke to the head of Gambian delegation several times and visited them in their hotel twice. I even gave them ten (10) invitations cards where each delegation, even Caf received only five (5) cards. All their story is fabricated just to tarnish my image. How can my own people cook stories against my person just to defame me? I owe nobody an apology to be what I am.
How can a team official(s) instruct players to walk off the pitch in the second half of the match on matters that are to be determined by the application of the regulations by the match referees? We must create a platform for our youths to play football with their brains rather than their brawl.

With all respects to President Bajo, I humbly appeal to him to identify mature, credible and knowledgeable officials to lead Gambian delegations for the sake of our dear Motherland – The Gambia.
Finally I want to be clear on the fact that this tournament in Dakar is a Caf tournament organised in the Zone. So to claim that they always have problems in Wafu tournaments is very false and deceitful. At the Wafu U-20 tournament in Liberia where there any complaints? Where there any Caf officials in Monrovia organising the Tournament? A big NO. Lets live by the simple adage ‘don’t point your finger when your hands are not clean. 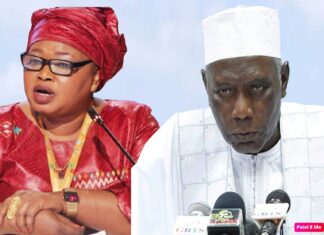 September 21, 2021
By Binta A Bah A court in Banjul yesterday threw out a suit filed against the Mayor of Banjul, Rohey Malick Lowe and the Independent...