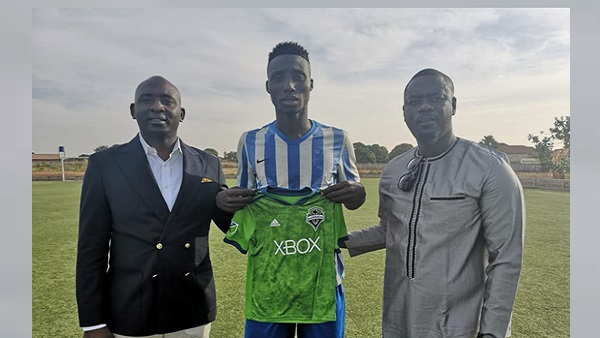 Wallidan FC, the Manchester United of The Gambia is rejoicing over the successful transfer of their Gambia U-20 defender Modou Ndow over the weekend.
Ndow signed a contract with one of the biggest Major League Soccer teams Seattle Sounders FC.
The Blue Boys are over the moon about the move, which rekindled hope in the team for revival of its once glorious past. This is the first major transfer deal under the leadership of Mr. Alieu Ceesay, who is the new club president. It is also hailed as a giant step in the rejuvenation of Wallidan and the new generation of Wallidan FC.