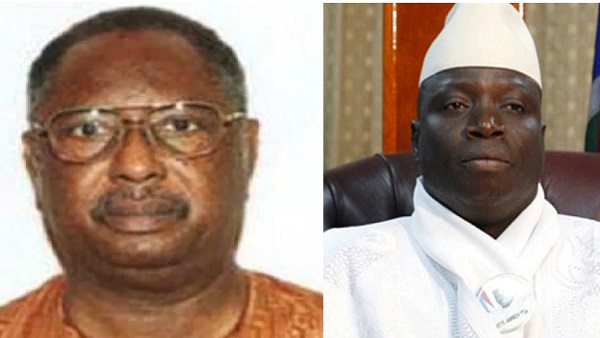 The first July 22 in the history of the TRRC could not have passed off without the most important revelation coming out from the key perpetrators of that Yahya Jammeh Tyranny.

History is so interesting that on this Day of Infamy none other than Malick Jatta, one of the members of the Jammeh death squads exposed in graphic detail how they killed Deyda Hydara on the orders of the Tyrant.

We have heard Toufah expose the sexual violence meted to her by Yahya Jammeh only for some of our citizens to cast doubt on her.

It makes one wonder how anyone could doubt that Yahya Jammeh has the capacity to rape a woman when he could take a whole life at once! Now that Malick Jatta has come to speak about how Yahya Jammeh directed them to kill Deyda, we wonder if some Gambians will also come out to say they need Malick to give more evidence or his story is a one-man story and needs corroboration from djinns and angels!
The testimony of Malick Jatta just like what Toufah said all go to confirm what is already common knowledge that indeed we had an illegitimate president who was a rapist and a killer. What we did not know then was the details of the criminality and imbecility of Yahya Jammeh and his gang of killers and rapists like Malick Jatta.

The other tragedy of this state-orchestrated terrorism on Gambians was that it was strongly and consistently aided and abetted by an entire civilian authority in the National Assembly and the Judiciary as well as by a political party and religious and traditional leaders across the country.

Today those members of the National Assembly who were in support of Yahya Jammeh and those who still support that despotic political party should bury their heads in shame as they come face to face with the carnage that they defended for 22 years.

Let us see who will be the first honourable person to resign from that party of rape and murder as well as reject Yaya Jammeh in totality!
Today, exactly 25 years after Jammeh was rejected by the masses of Gambians it has become clear that his regime was nothing but a cancer that was eating the best sons and daughters of the Gambia. Those who continue to support Yahya Jammeh and his criminal organizations such as AFPRC, APRC, July 22 Movement, Green Boys and Girls among other nonsensical titles must demonstrate where they stand today. Are you for the Gambia or are you for a murderer and rapist?
Above all what this testimony manifests is the urgent need for a total rethink of the role and composition of the armed and security services of the Gambia.

How could a national institution such as the military be transformed into a personal gang of one person just because he is the president of the republic? If that is possible then one wonders why therefore could another government like what we have now fail to urgently and swiftly undertake the necessary reforms in order to make the military a true people’s army.

With the disclosure of Malick Jatta it is now clear that the AFPRC/APRC Regime must be declared a terrorist regime that represents the darkest period in the history of the Republic of the Gambia.

Our citizens must be taught of the existence and carnage of this regime as part of the civic education to prepare our people to stand up at all times to defend national sovereignty and their rights and freedoms.

We must educate our people that leaders are not saints or divine or supermen and superwomen, rather they are mere elected and appointed public servants.

Elected men and women are mere mortals who can be corrupt, stupid, indecent, evil and lazy like any other human being. We must not ever venerate elected and appointed public officials rather we must hold them accountable by checking their every word and action every day.