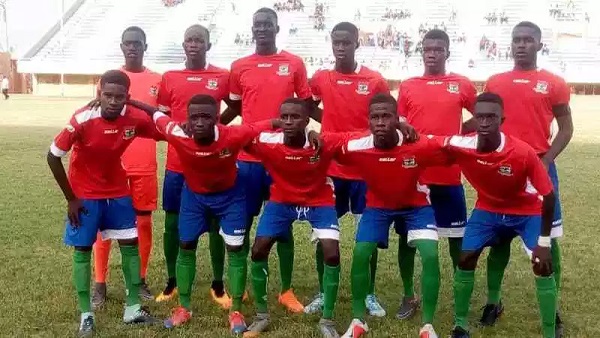 When we say national teams, everyone expects an all inclusive selection of good players.

But sadly enough, the manner in which national teams are selected especially at youth category, has not in any way represented a national selection.

Very rarely have players from outside this area been included. Even if it happens, that particular player must have some connection to a team in GBA, or controlled / owned by a prominent stakeholder or football authority.

How are we doing justice to the provincial regions and communities outside the Greater Banjul Area? How do we expect the whole country to have a sense of belonging when the authorities are showing to the nation that “all the good players can be found only within GBA”, which in all, is far from the reality?
I write this not with any ill-will towards football in the country, the Gambia Football Federation or any individual. I

write as someone who has seen a pool of potential national football prospects destroyed and wasted in other parts of the country.

I am deeply saddened by the neglect of good players outside the GBA, being a truly concerned football development advocate. Let me give you some examples.

The Sukuta team that won the Super “nawettan” in 2005, when most of the zones within GBA were represented by national team players, showed that talents can be found anywhere.

Gunjur is another typical example. In 2016 when they used players most of whom were third division players and to compete against zones that were widely represented by first and second division players.

That Gunjur team has shown zest, dash and ingenuity. They had talents that were only noticed in the tournament.

They became champions at the expense of the so called big zones. A number of players in that team including (Salifu Bojang, player of the tournament and Mbemba Fatty top scorer), made names for themselves all over the country.

The performance of Barra, Essau, Mayamba (runners up) in 2017 super nawettan and Jarra Kiang United (JAKU) in their debut season in 2018 too clearly showed that potentials and talents that could become national prospects, are found everywhere in the country.

How such pool of talented players were left to go unnoticed – though for what earthly purpose, who could say?
What is stopping the football authorities from giving equal privilege and opportunity to all the players across the country when it comes to national team selection? Perhaps due to the flimsy “adage” that “football is within Banjul, Serrekunda and Bakau”.

No one is forcing the authorities to select good players from across all the regions but rather we are informing them that the privilege accorded to the daughters and sons of stakeholders, ministers, football administrators within GBA, must and should truly be extended to as far as URR, CRR, NBR LRR, and all parts of the country.

For the whole nation to truly feel proud of the national selections, all regions must see those good players within their areas given equal opportunity as others in the GBA, so as to give a true definition of a national team.