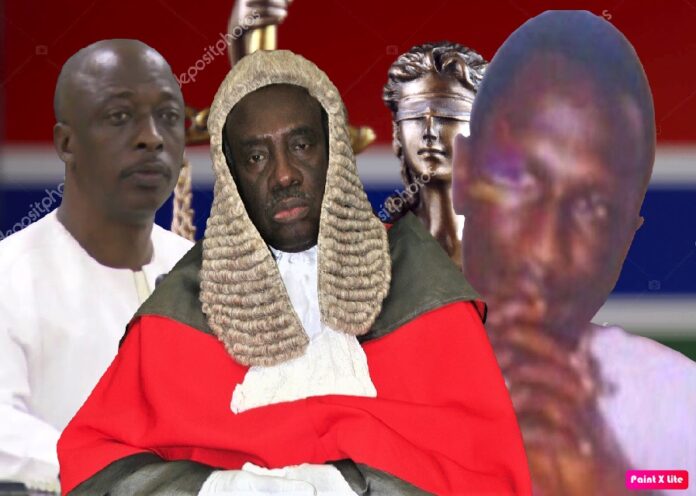 The Supreme Court of the Gambia, presided over by the Chief Justice Hassan B. Jallow, Justice R.C.Sock, Justice M.M.Sey, Justice Awa Bah and Justice E.F. M’bai, has declared that Yankuba Touray, the former Junta member of the AFPRC government led by ex-president Yahya Jammeh is not entitled to constitutional immunity.

A unanimous decision by all the five judges, read by the Chief Justice Hassan B. Jallow, declared that the former Junta member is indicted in the alleged murder of Ousman Koro Ceesay in June 1995.

The Chief Justice stated that on the 12th October, 2020, lawyer A. Sissohor applied orally to the High Court, where he was on trial, urging the court to discharge Yankuba Touray on the ground that as a Junta member of the AFPRC from 1994 to 1997 and pursuant to paragraph 13 (1) (3) (4) and (5) of the second Schedule to the Constitution of the Republic of the Gambia, enjoys immunity from prosecution of the alleged murder of Ousman Koro Ceesay.

The ruling noted that the High Court, after hearing the submission of both parties, decided pursuant to Section 127)1) of the Constitution to refer to the Supreme Court as to whether Yankuba Touray is entitled to constitutional immunity.

The Chief Justice pointed out that having considered the oral submissions and written briefs of both parties and the briefs of the friend of the court, the Supreme Court held that Yankuba Touray is not entitled to constitutional immunity from prosecution for the alleged murder of Ousman Koro Ceesay.

The Supreme Court directed that the High Court proceed with the trial of Yankuba Touray as charged.

Meanwhile, the High Court is expected to send hearing notices to both the State (prosecution) and the defence (lawyer A. Sissohor) as to when the trial would commence.

The Supreme Court declared that the reasons for the decision will be delivered by the court in due course.

Meanwhile, the court has also declared that Gambians living outside the Gambia are entitled to register for and vote in elections to the office of president, members of the National Assembly, for local government offices and traditional rulers as well as in referenda.

The Chief Justice, in delivering the judgment, said the plaintiffs by writ of summons filed on the 11th September, 2020 invoked the Supreme Court original jurisdiction and sought the following reliefs:

(a)        Declaration that Section 17 of the Elections (Amendment) Act 2015 is made in excess of the legislative authority.

(d)       An order directing the Independent Electoral Commission (IEC( to register Gambians living outside the Gambia to enable them participate in all public elections and referenda and other orders the court may deem fit to make.

Justice Jallow noted that following the consideration of the written and oral submissions of all parties, the Supreme Court struck out the declarations sought by the plaintiffs relating to chapter IV sections 17 to 38 of the Constitution for lack of jurisdiction

The Chief Justice declared that the Independent Electoral Commission has a duty to go and register Gambians living outside the Gambia.