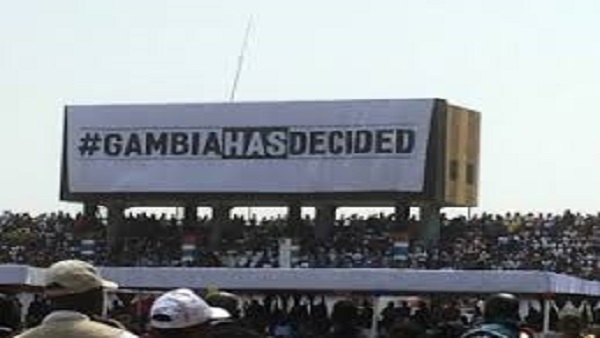 It is an aphorism that those who cannot remember their past (history) are condemned or doomed to repeat it, and often in a more horrible, terrible, unedifying manner. For the repetition of that history not to be a farce or tragedy, the people must constantly reflect on their past, draw valuable lessons from them which serve as reminders and aspirations and strive to build a society better than that of the past.

Unfortunately though, human memory is short. It is often the last song which sounds freshest in its memory. And so it seems to be with us too, or must not be with us. We cannot, and must not, forget so quickly about our political past, the sufferings and rights violations we endured, the stifling environment we lived in, the garrison state we had, the tin god with the Wellington boots on our heads, the betrayals from friends just to be near the corridors of power, the indignities and barrage of insults and humiliations our people were subjected to, the squandering of state resources, the unbridled hectoring and bullying from State, the total subjugation of a people, the shenanigans and peccadilloes, the trumped up charges, extrajudicial killings, cold blooded murders, and unaccounted for disappearances. We cannot forget the unity of purpose, the indescribable sacrifices, the courage of the multitude who went out to vote against all odds, the indefatigable commitment of the coalition, the optimism which galvanised a people and egged them on to achieve what is still seen as a puzzle or a rare occurrence in Africa.

We cannot forget the battle cry #GambiaHasDecided which enthused a marching battalion to go to war, armed with nothing but hope and a dream for a better future for themselves and their children. The war may be won but the battle rages on.

How can we easily forget the supreme price paid by Solo Sandeng, uncles Femi and Shyngle, all the martyrs and all those who died or disappeared in their quest to root out the dictator? How can we easily forget that they had dreams and in dying they wanted us to fulfil their dreams? How do we face them when we meet up with them in the heavens, when they ask about the baton they handed over to us? Heads bowed in shame or head held up high with pride that their dreams were delivered?

How can we forget that it was a mosaic, of tribes, religions, languages, sexes, which banded together, oblivious of whatever artificial differences, to fight the dictatorship? We cannot forget that it was a particular religious leader, a woman priest, who looked at Yaya Jammeh in the eyes at State House and told him the people no longer want him as their leader. How can we forget that act of courage so easily, that rare speaking of truth to power.

Three years from when we own defeated dictatorship at the polls, what reflections are we doing? What lessons are we drawing? What safeguards are we putting in place to chain the Leviathan should it want to rear its head again? How united are we behind the goal and objectives which once galvanised us as a nation and gave us courage to stand united in the face of adversity? Are we satisfied with the present, and so can rest on our laurels or oars? Are we enlarging rights, standing against impunity, ensuring an efficient state of equal and an equitable distribution resources and powers? Are minorities feeling that this is a country they can call home, with pride? And youth are optimistic of the future? Are we each other’s keeper? What?

Have we forgotten? In ten years would we be proud of our achievements of Dec 1, 2016? Would we be able to tell posterity that:
Three political parties (one a coalition) fought for the votes of the people, and they-
They voted for the coalition and an unknown candidate And that had made all the difference?

1st December 2016 was a watershed in our political development, the most defining moment we ever had. We had a tyrst with destiny… The time will definitely come when we would be held accountable for what we did with the opportunities we were presented with….