Almost 90% of men/women globally are biased against women 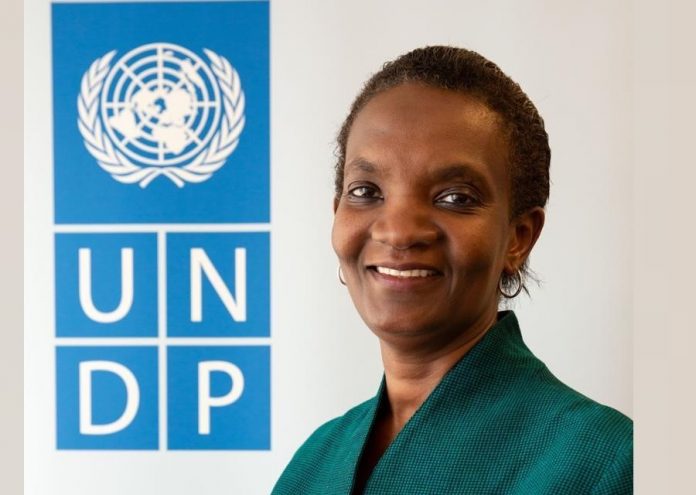 UNDP Banjul, 6 March – How big and thick is the Glass Ceiling? New analysis suggests that it covers all aspects of women’s lives – including the household – and that it is constructed, not of glass, but of pervasive bias and prejudice against women held by both men and women worldwide.

These were the findings behind the new Gender Social Norms Index released by the United Nations Development Programme (UNDP) today. This index measures how social beliefs obstruct gender equality in areas like politics, work, and education, and contains data from 75 countries, covering over 80 percent of the world’s population.

This new analysis reveals that, despite decades of progress closing the equality gap between men and women, close to 90 percent of men and women hold some sort of bias against women, providing new clues to the invisible barriers women face in achieving equality, and a potential path forward to shattering the Glass Ceiling.

Information is also available on how bias is changing in around 30 countries. It shows that while in some countries there have been improvements, in others, attitudes appear to have worsened in recent years, signaling that progress cannot be taken for granted.

“We have come a long way in recent decades to ensure that women have the same access to life’s basic needs as men. We have reached parity in primary school enrollment and reduced maternal mortality by 45 percent since the year 1990. But gender gaps are still all too obvious in other areas, particularly those that challenge power relations and are most influential in actually achieving true equality. Today. the fight about gender equality is a story of bias and prejudices.” said Pedro Conceição, head of UNDP’s Human Development Report Office.

The “Power Gap”
This new analysis sheds light on why enormous “power gaps” still exist between men and women in our economies, our political systems, and our corporations despite real progress closing gender inequalities in basic areas of development like education and health; and the removal of legal barriers to political and economic participation.

For example, while men and women vote at similar rates, only 24 percent of parliamentary seats worldwide are held by women and there are only 10 female heads of government out of a possible 193. Women in the labour market are paid less than men and are much less likely to be in senior positions: less than 6 percent of CEOs in S&P 500 companies are women. And while women work more hours than men, this work is more likely to be unpaid care work.

“The work that has been so effective in ensuring an end to gaps in health or education must now evolve to address something far more challenging: a deeply ingrained bias – among both men and women – against genuine equality. Current policies, while well intentioned, can only take us so far.”said Achim Steiner, Administrator of UNDP.
2020 marks the 25th anniversary of the Beijing Declaration and Platform for Action (Beijing+25), the most visionary agenda on women’s empowerment to date.

UNDP is calling on governments and institutions to use a new generation of policies to change these discriminatory beliefs and practices through education, and by raising awareness and changing incentives. For instance, by using taxes to incentivize fairly sharing child-care responsibilities, or by encouraging women and girls to enter traditionally male-dominated sectors such as the armed forces and information technology.

“#MeToo, #NiUnaMenos, #TimesUp. #UnVioladorEnTuCamino. The women’s rights demonstrations we’re seeing across the world today, energized by young feminists, are signaling that new alternatives for a different world are needed,” said Raquel Lagunas, UNDP Gender Team Acting Director. “We must act now to break through the barrier of bias and prejudices if we want to see progress at the speed and scale needed to achieve gender equality and the vision laid out in the Beijing Declaration over two decades ago and the Sustainable Development Goals.”

UNDP & Gender:
UNDP’s gender strategy focuses on removing structural barriers to women’s economic empowerment; preventing and responding to gender-based violence; promoting women’s participation and leadership in all forms of decision-making; and strengthening strategies that work for both women and men in crisis prevention, preparedness and recovery, including climate change.

? In 2019, UNDP established 74 new partnerships to address discriminatory gender social norms.
? UNDP has worked in 97 countries to advance women’s leadership in natural resource management, in 74 countries to integrate gender into environmental and climate policies, plans and frameworks.
? 48% of all registered voters in 39 countries supported by UNDP electoral assistance are women.

? With UNDP support, 23.4 million women gained access to basic services, financial services and non-financial assets in 2019.
? UNDP worked in 26 countries in 2019 to ensure that 1.7 million women in crisis or post-crisis settings benefitted from jobs and improved livelihoods.

? UNDP is a core partner in the EU-UN Spotlight Initiative, a global, multi-year initiative to accelerate efforts to end violence against women and girls that is targeting 50 million direct beneficiaries across five regions and more than 25 countries.

Progress since 1995 Beijing Declaration and Platform for Action:
? More girls are in school than ever before; more countries have reached gender parity in educational enrolment; and global literacy rates have improved, especially among youth.
? The global maternal mortality ratio declined by 38% from 2000 to 2017.
? Over the past decade, the proportion of births attended by skilled health personnel increased by 12 percentage points.

? Globally, the proportion of women in parliament has doubled since 1995.
? There has been constant progress over the past two decades in the enactment of legislation to address violence against women. Today, more than three quarters of countries have laws on domestic violence in place.