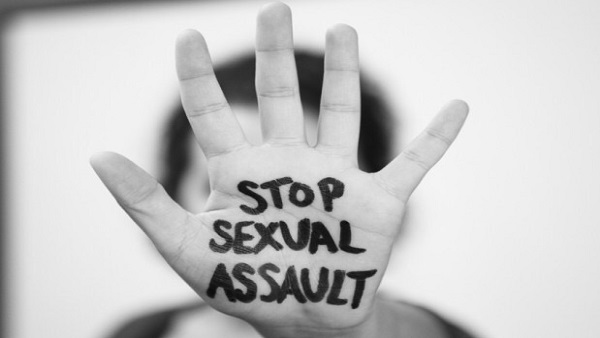 Those of you who follow my column know that I never back down for speaking out about sensitive matters. People can find that annoying sometimes, I’m sure of that, but that will never stop me. Someone needs to voice out the things that matter to so many. This is something I have learned through all my years as a teacher. I remember when I was a kid; I thought all the teachers were successful people who had an easy time in school. As an adult I understood that there is something hidden behind the surface for everyone. Some people are just better in hiding it than others. I have had a very tough upbringing but that curse had turned out to be a blessing. It has made me humble and compassionate. I have learned to see behind the surface. Things are not always what they appear to be and some words are not spoken.

We need to see behind the obvious and hear the silent message. Remember this when you read the following that is quoted from Qasim Rashid, a Muslim and a civil rights lawyer with a special interest in advocating for women’s rights.

His advocacy is informed not just by the law, but by strategies detailed in Islamic teachings and Prophet Muhammad’s example to pre-empt sexual abuse.

Why do we keep hiding this problem ”in the secrecy of the home”? There is no easy answer on that, but the stigma is contagious and the whole family will suffer. So what is best? Stick the head in the sand and pretend as nothing has happened or speak out and encourage the poor women who have been assaulted? I will come back to that after you have read the words of Mr Qasim Rashid.

”The cancer of sexual abuse against women is just as prevalent in Muslim or Christian majority countries but also in Hindu majority like India and state atheist China. This proves that men worldwide are failing in their responsibility to end sexual abuse and gender based violence. Let’s start by understanding two facts. First, a woman’s attire, alcohol intake, marital status, and education level do not contribute to sexual abuse – abusive men do. Second, sexual abuse doesn’t happen in a vacuum. Every level of society – social norms, media, and Government – is complicit in promoting the rape culture that perpetuates sexual abuse. Social norms demonise a woman for speaking out, victim-blaming her by asking what she was wearing, whether she gave signals inviting abuse, or asking why she didn’t speak up sooner.

The media also advances rape culture by disregarding women and their voices. The fact is that states are not moral actors – people are. But when people let bad behavior go unchallenged we inch closer to societal anarchy. In truth, any expectation that we can simply pass a law to stop sexual abuse is foolish.

This is where Islamic teachings and Prophet Muhammad’s example provide a solution that no state truly can. And while there are people who don’t believe that sexual abuse is even a problem, some on the left will disagree that accountability to a higher power is a solution. In a recent internationally broadcast lecture given live before roughly 6,000 Muslim women, the Khalifa of Islam said ”chapter four, verse two of the Holy Quran…clarifies that women were not created out of the body of a man or from his rib. Rather, the Quran testifies to the fact that men and women were created from a single soul and are of the same kind and species.”

Thus, the Quran 4:2 first establishes men and women as equal beings. Chapter 4:20 then forbids men from forcing a woman to act against her will, thereby ensuring women maintain autonomy and self-determination.

This verse also commands men to consort with women in kindness, forbidding men from so much as thinking ill of their wives. This preempts emotional and mental abuse. Chapter 4:35 furthermore prevents violence against women by forcing men to control themselves and never resort to physically harm women – preempting physical abuse.

The Quran further obliges men to provide for a woman’s every financial need, while holding that anything a woman earns is hers alone – preempting financial abuse. And when it comes to the Islamic concept of Hijab, it is men who are first commanded to never gawk at women and instead guard their private parts and chastity, regardless of how women choose to dress – pre-empting sexual abuse.

Prophet Muhammad himself illustrated this point. In a famous incident, a woman described as strikingly beautiful approached the Prophet to seek his guidance on some religious matters. The Prophet’s companion, Al Fadl, began to stare at her because of her beauty. Noting this, the Prophet Muhammad did not scold the woman for her attire, but instead, he “reached his hand backwards, catching Al Fadl’s chin, and turned his face to the other side so that he would not gaze at her”.

Accordingly, the Prophet Muhammad by example demonstrated that the burden of modesty, respect, and combating abuse of women rests on men. Indeed, men must take the lead in stopping such sexual abuse. After all, while the Quran obliges women to dress modestly as a covenant with God, Islam prescribes no punishment whatsoever for women who choose to dress otherwise.

On the contrary, on numerous occasions Prophet Muhammad punished an accused rapist on the testimony of the rape survivor alone. In this environment of gender equity, women in Islam rise to the rank of legal scholars, warriors, entrepreneurs, and philanthropists while lovingly embracing identities as mothers and housewives.

Men that get away with sexual abuse are a symptom of the greater disease of arrogance, unaccountability, societal apathy, and from men who knew of the abuse but did nothing. Islam and Prophet Muhammad provide a practical solution.

Sexual abuse of women will markedly decrease when men stop abusing women and when men stop thinking that just because they haven’t personally abused women, they have no further obligations. According to Islam, every man is accountable to stop abuse of women—by their word and by their acts. Many abusers walk our streets, terrorizing our neighbors. Together, we can employ a proven Islamic model that will stop this madness, and re-invoke gender equity today in America, and the world.”

The reason for why I shared this long quote with you is that I couldn’t have expressed it better even if I had tried. Mr Qasim Rashid has been studying this matter for such a long time; the depth in his message needs to go in to our hearts and minds.
Mr Rashid is speaking about changing ones mindset, to stop blaming others and instead look at ourselves and our own faults. At the beginning of this article I spoke about ”the secrecy of the home”. You know all what I was talking about, and maybe a lot of you have been victims yourself. God forbid, but perhaps some of you are even the perpetrators, willingly or unconsciously.

Either case – pray that God will help you change your mindset. Studies say that most cases of sexual assault and rape are executed by a family member. Yes, forcing ones wife to sexual intercourse is also rape! You don’t own your wife, she is supposed to be your equal. Treat your wife with respect, treat her as your best friend and you will have her forever. You wouldn’t rape or beat your best friend, would you?
It doesn’t matter if the abused woman is one’s spouse or a stranger, no woman should fear that men can’t control their libido.

Let us go to a matter that is related to this topic, and that is sexual abuse of children.
In the beginning of this article I also wrote:
”We need to see behind the obvious and hear the silent message”.
We can begin with the perpetrator; let’s say that this man is a relative. We need to become a bit suspicious if this man seems to be too friendly with the children, or a special child. He can be offering candy, wanting to have the child sitting in his lap, hugging a bit too hard and too often. He can be offering to babysit, take the kid to the playground or having a sleep over. If you are overwhelmed with chores and tired after been taking care of the home and a lot of children, it can feel like a relief to get some help. Learn to trust your children and their reaction. Kids can’t fake their emotions and if they show reluctance to be near that man; then there is something wrong. Never force your child to be close to a man you can’t trust with the most valuable thing you have.

We continue with the child, according to UNICEF and the Children’s Rights, young people are considered as children up to 18 years old. The human brain is not fully developed until you are 25 years old! Did you know that? So many times we blame young people for their bad decisions when we need to remember that it takes this long time before the brain is fully developed. Considering how many people behave we can wonder if some of them have developed a brain at all. How is it possible to sexually abuse a child? What is going on in the mind of a child molester? It is sick and criminal, against all laws in the universe to sexually abuse a child. Children are a gift from God and a gift should be cherished. It doesn’t matter if we have only one child or plenty, if the child is our biological child or a part of the extended family. Every child has the right to its dignity and to say no to anyone who is touching it in a way that is not appropriate.

Sometimes we speak about animal instincts and say that some people act like animals. When it comes to sexual assault animals never behave as us humans. Animals protect their offspring, care for them, love them and teach them how to survive. Animals also teach their offspring how to look out for their enemies and how to either defend themselves or how to flee and hide. We should learn from the animals and trust our instincts more. Some people refer to the world as a jungle, so let us protect ourselves and our offspring against all kinds of evil. Let us always be observant and never fear to react when something is wrong.