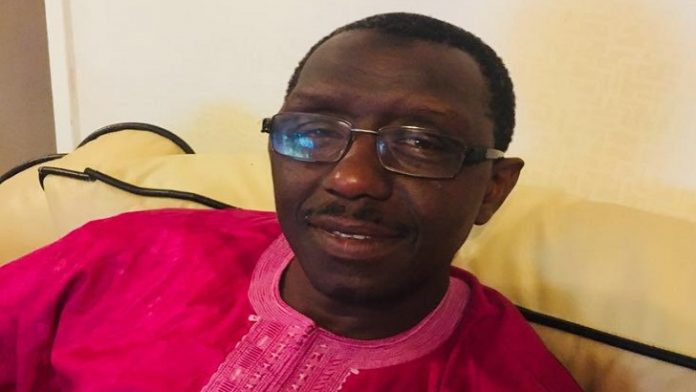 A group of Gambians, called Manding Network, with membership all over the world has written to President Adama Barrow urging him to take concrete action against people who deliberately insult tribes for no just reasons.

“This nonsense has to stop. The government through law enforcement agencies must intensify their intelligence coordination to swiftly arrest such deviants, isolate them and subject them to the full force of the law,” a letter signed by diaspora president Lamin Anta Jajur shared with The Standard stated.

The group said the recent trend targeting Mandinkas should “not die with impunity.”
“We can no longer afford to remain silent for fear of characterisation. We stand to be counted, to condemn this relentless superfluous diabolical diatribe against any tribe in The Gambia. We will no longer stand doubtfully and allow criminals insult any tribe.
We will not be silent out of correctness. Wrong can never be right and something must be done about this according to law,” the group added.

The letter added: “The Gambia Government through the Ministries of Justice and Interior must ensure that these criminals are identified, arrested and prosecuted. Our criminal justice system must adequately respond to this dangerous trend to avert a potentially more serious threat. An attack against any ethnicity is an attack against all. Tribal bigotry and hostility must not be permitted, and the frequent targeting of the Mandinkas is unacceptable. All futile efforts at hate and contempt shall remain odious.”

The group urged the government to issue a statement of condemnation and set the conversation against the promotion of ethnic tension and division in the country.“That will demonstrate to us the government’s attitude towards this specific and similar tendencies in the country. The Gambia’s future peace and stability will be at risk if we do not effectively address and tackle this dastardly propensity head on now,” the group added.
The group also reminded the Gambian leader that countries like Rwanda, Kenya and Central Africa Republic went to war because of tribal hatred.

“Almost every genocide in Africa started with hatred among tribes.
Nothing else. We want to remind the president that the hatred that is beginning to boil in this country could lead to something else.

Gradually those belonging to specific tribes would become the reason for all that which is bad. They will become the locus of all evil.
They should have set example with the likes of Omar Sanneh, Lamin Jaiteh,Lie Saine, Saffiatou Jammeh and Bintou Badjan,” the group said.