Brikama hospital gets D88, 000 worth of drugs from SK Jaiteh 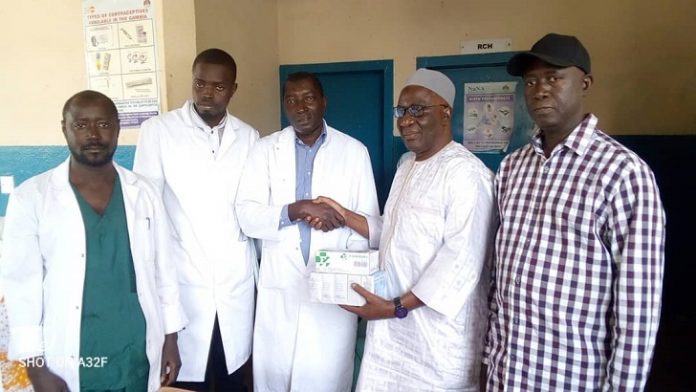 Mr Jaiteh said he heard a patient complaining in the media about the lack of drugs at the hospital which inspired him to make the intervention.

“As a businessman and a citizen of the Gambia, I feel it is good and a duty for me to lend a hand in good causes such as health. I hope that many others who learnt about this will also follow suit to complement government’s efforts,” Jaiteh said.

Lamin Sanyang, the Officer in Charge at the hospital, thanked Jaiteh for donation adding that it was timely and a significant intervention.

”We are the largest catchment area in The Gambia with demand for medicine exceeding supply many times. Our maternity unit alone attends 7,000 babies a year,” he said. He promised that the drugs would be used entirely for the benefit of the hospital and the patients.

The ceremony was attended by staff of the hospital and Ebrima Ceesay, a representative of Seremba Pharmaceuticals.
Mr Jaiteh also pledged to adopt the maternity wing of the hospital which the authority welcome.