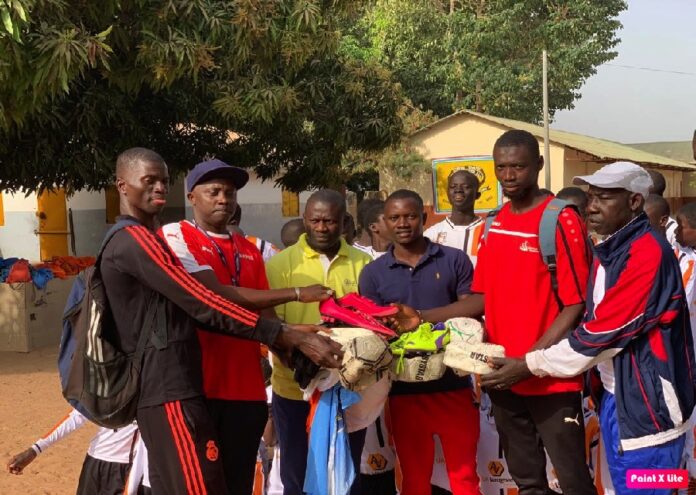 The donation was made by the Academy’s long-term Dutch partners Anike and husband from Holland.

The partners were introduced to the renown academy by one Ebrima Jatta, a former intern at the academy who now lives in the USA.

Another of the Academy’s former interns Muhammeh Sanusi Bojang also made a donation of football materials.

Bojang, who now lives in Sweden made the gesture through the Academy’s technical director Alieu Sanneh.

Gilkock head coach Momodou Bojang who received the items on behalf of the academy expressed gratitude to the donors for the materials, describing it as timely.