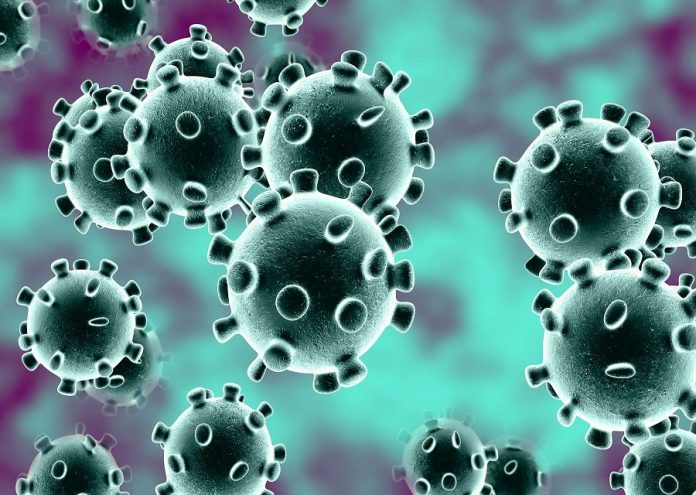 The yells, the screams , the sorrows , the tears

For a lovely young lady , whose beauty was as radiant as the dawning of the sun in  the sky,

Her skin so tender , with so much glitter, like a creatue refined in a furnace for beings so heavinly,

She had gone , left friends and family soon and unexpectedly,

Though they grieved in so much agony, her soul must have  been in so much joy,

For an end had come to her misery and sufferings,

An end to being stigmatized by sympathizers that hide behind the curtains of pity,

A life where a career driven woman saw her world shatter as she had become a full grown matured infant,

An end to the night sweats , illness, pains and bedriddenness

Perhaps her greatest regret was that she didn’t have that sex, use that blade, go to that salon or have that tattoo,

For through one of these the blood sucking demon, HIV came to inflict a traumatizing memory of  misery,

While draining the life out of her.

The time we find ourselves in, is one of a battle, in which our minds have been too occupied with the amour tankers forgetting the land mines beneath. The COVID-19 pandemic is a matter of huge concern to the world, regardless, the land mines in the form of HIV/AIDS is hunting our every move and step.

AIDS (Acquired Immunodeficiency Syndrome) is a term that applies to all the most advanced stages of HIV infection [WHO].

Our immune system is the border police, police and their intervention units and the army of the human body. This group of security defence officials (white blood cells) work together to fight against foreign agents that they term to be enemies, because they can cause an infection and lead to an illness. In essence our immune system prevents us from being ill or sick as it defends our body from various forms of diseases.The HIV virus infiltrates our immune system and causes this strong defence against infection to become weak ,and a weakened immune system makes the body prone to various diseases, as the body can no longer fight against infections.

Although HIV and AIDS are usually implied by most people as the same,they really aren’t. HIV is the infection in the body caused by the HIV virus while AIDS is a stage of HIV infection, the worst stage ,in which the body becomes prone to various opportunistic infections( infections that occur just because the immune sytem is weak, they take advantage of weakened immune system ) and development of cancer. Therefore it is possible to have HIV, yet be free of AIDs because HIV infection may be at any of the less severe stages but may not get to the extent of causing AIDS especially when well managed.

HIV and AIDS has the highest prevalence in East and South Africa  , however the prevalence of HIV in the Gambia has a significant value of 1.9%-2% of the entire population in 2020. Even though this may appear to be little , it does not take away the fact that people are dying annually of this infection and that the Gambia is still far ahead in the prevalence of disease than Somalia which has a prevalence of 0.1% , which is the least in the world. In 2012 it was statistically proven in the Gambia that most cases of the HIV infection were reported at the serrekunda health centre in kanifing and it was established that lower river region, central river region, and West coast region had the highest prevalence of HIV infections with a 1.9% prevalence while Upper river region and North bank region had the lowest which was 1.4%.

Therae are two major types of HIV VIRUSES causing HIV epidemic across the globe , which are HIV-1 and HIV -2. HIV -1 is more virulent than HIV-2 , that is to say , it has a greater ability  to cause an infection than HIV-2 and is the cause of the majority of HIV infections across the world. In the Gambia HIV-1 prevalence has kept on increasing since the first HIV case was described, however HIV-2 infection have relatively remained stable.

How does one get HIV?

HIV infection occurs through means that permit and have suitable conditions for the entry of the HIV virus into the body, if the virus doesn’t enter, HIV infection cannot occur , but once it does , the virus makes the individual pay.

HIV infection is transmitted via various ways such as

∑          Vertical transmission; in which the HIV virus is transmitted from a pregnant woman to her child via the placenta.

Don’t be scared to kiss your beautiful spouse, show her/him some good love through kissing as this inhumane HIV virus cannot survive in saliva, therefore does not cause an infection. However care has to be taken if an ulcer or sore is present on spouse’s mouth.

From the time the body is exposed to the HIV virus, the virus takes a long time to establish a severe infection as AIDS. It progresses from a stage of no symptoms ( asymptomatic ) to one of apparent symptoms. The stages of HIV infection are:

∑          Acute HIV infection: this is usually within two weeks after exposure to the HIV virus in which most people begin to show flu ( common cold) like symptoms. Flu like symptoms appear because the body begins to fight against the virus.

∑          Chronic HIV infection (latent period): In the stage the body no longer reacts to the virus and there is no appearant signs of an illness. This is the stage in which the virus keeps on multiplying ,to form a strong rebellious army that can fight and destroy our immune system when ready. In this stage ,the body does not realise the virus is present anymore giving room fr the virus to multiply easily.

∑          AIDS : as previously explained this is the terminal stage of HIV infection in which the , the HIV VIRUSES now effectively weaken the immune system and cause series of opportunistic infections and cancer.

It is impossible to know one has HIV just by the appearance of a series of symptoms, blood test has to be done to establish this. However , many HIV patients present with symptoms such as fever , chills, night sweats, sore throat, fatigue, swollen lymph nodes, rapid weight loss ,  diarrhoea e.t.c

∑          Blood transfusions ; especially patients that constantly depend on transfusion of blood due to a severe anaemic disease

HIV can lead to series of diseases, but the major disease that results from HIV infection in the Gambia is tuberculosis. Nevertheless Pneumonia, Caners, Cryptococacal Meningitis, Toxoplasmosis and death are also complications of HIV infection.

It has been estimated that Gambia is ranked the 56th country in the world with highest HIV deaths with an average value of 1100 people annually.

We cannot undermine the effect of HIV infection on the health status of this beloved nation , think of the children that are born to HIV just because of their Infected mothers, or the innocent Young Girl that is forced into marriage with a man who has been infected by this cruel virus, about the innocent Young adult that has been infected because of a needle prick . We need to know the means of prevention of this disease and put it into practice, these are :

∑          Pre exposure and post exposure therapy  if exposed to HIV infection due to sex or cuts. This involves the use of HIV medications to prevent further growth of the virus before it reaches the stage of causing a severe infection. In pre exposure ,once the drug is in the body , it stops the growth of incoming virus thereby saving an individual from the infection.

∑          HIV positive pregant women should seek medical care to reduce the risk of transmission to their babies.

The knowledge of HIV prevention in the Gambia is actually high with 71% of women and 78% of men ( both with age of 15-49) aware of that fact that use of condoms reduces the risk of HIV transmission , however the misconceptions of it’s means of transmission still exists with 33% of women and 36% of men believing that mosquito bites can transmit HIV and  29% of men and 36 % of women believing  sharing of food with people infected with HIV can transmit the disease. This comcepis are wrong and still other misconceptions exist like

∑          Oral sex transmits HIV:  oral sex has been linked with extremely low risk to cause HIV infection with mouth sores in a partner the most probable factor increasing it’s risk.

These misconceptions should be eliminated from our minds as it’s has led to stigmatization of HIV patients which has the ability to cause more damage to them, as their already weakned immune system cannot take the stress stigmatization brings.

The treatment of HIV  is the use of ANTI RETRO VIRAL DRUGS. These drugs do not totally cure the HIV infection but manages the infection and can lead to elimination and freedom from HIV but only in the acute stage of infection, past this, management to just help improve the immune system strength  is the best bet. Therefore the faster you know your HIV status, the easier it will  be treated.

We may be able to create a world void of HIV infection if we know the preventive methods , practice them and teach them to those ignorant of it. It also important we constantly check our HIV status because this is one of the best ways to stop the transmission of the disease, if you know whether you have the virus or not. Stigmatization of HIV infected patients is a major cause for concern , the stress stigmatization brings to HIV patients makes their already bad situation worse, so let’s stop the stigmatization and encourage HIV patients to fight the disease, also the same stigmatization HIV patients make others scared of having a HIV test ,making the growth of HIV endless as people will not know their HIV.

To HIV patients out there, you should know that HIV infection doesn’t mean death, you can survive if you properly take your medication and eat good food that helps your immune system , also know that having HIV does not mean you should fraternize with other HIV patients sexually as this can compound your HIV infection making it worse.

HIV is an agent of warfare that has been sent to battle the lives of humans on this planet Earth, what are you doing today to eradicate this disease?

There is no harm in showing love and care to a HIV patient , care does not transmit HIV!

Does Covid-19 still exist in The Gambia?