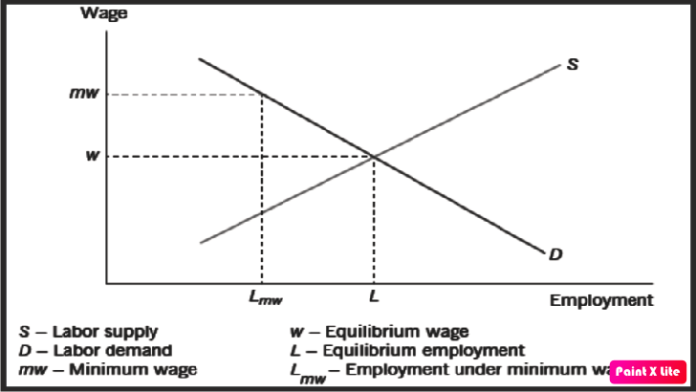 Over the years, precisely soon after the new democratic dispensation, as many political scientists and freelance speakers will describe the post-Jammeh era, many Gambians have raised the issue of a National Minimum Wage. The matter garnered a lot of attention and provoked intense debates amongst Gambians in different walks of life on various platforms and forums. Quite a good number of private sector employees have been advocating for the institution of a National Minimum Wage in a move to improve financial rewards to workers. Most interestingly, an overwhelming number of public sector employees have also added their voice to this advocacy despite the existence of a Public Sector Minimum Wage of D1,000.00. It is sufficiently indicative, therefore, that the efforts of the public sector workers are largely directed towards pushing for an improvement of the existing Minimum Wage. In this writeup, however, the focus is primarily on Gambia’s private sector, which does not have a wage-floor.

Politicians have also joined the discourse on a National Minimum Wage. In a publication made by The Fatu Network on 17th February 2021, the leader of the Gambia Action Party (GAP), Musa Yali Batchilly, was quoted saying that the Minimum Monthly Wage his government will pay if they come into power would be D30,000.00. Despite being understood for his tumultuous and hyperexcited character, the popular politician has received praise from many Gambians for what I will term as a “promise above the clouds”, yet not an impossible one to fulfil.

The International Labour Organization (ILO), whose discussion on National Minimum Wage policies dated back in 1928, defined a National Minimum Wage as “the MINIMUM amount of financial remuneration a worker can be paid for work performed under an employment in a given period, and such wage not subject to reduction by collective bargaining or individual contracts”. In The Gambia, period here refers to “a month’s duration” while wage would largely mean “salary”. Despite the intended purposes of reducing poverty levels and income inequalities, and protecting employees against below-standard wage rates, amongst other reasons, a National Minimum Wage should still not be instituted in isolation to the economic realities of a country. A National Minimum Wage will have noticeable effects on unemployment, inflation and the general socio-economic wellbeing of a country, and it must therefore be given attention in consideration of these and many other factors.

Closely looking at Gambia’s prevailing economic realities, vis-à-vis scientific evidence before us, it could be an understatement to say that the socio-economic conditions are short of the appreciable levels. I am strongly convinced that the implementation of a National Minimum Wage, which is not an impossibility though, will only be a catalyst for severe consequences on our already undesirable conditions rather than bring out the perceived benefits. These consequences, which may be individually or jointly triggered, will defeat the fundamental ideas on which the concept of a National Minimum Wage is based, including the disruption of pro-employment policies.

Firstly, the implementation of National Minimum Wage in The Gambia has the tendency of increasing the rate of unemployment. In the National Employment Policy 2020 – 2025, the government intends to reduce unemployment by 10%. From the 2018 Labour Force Survey by The Gambia Bureau of Statistics (GBoS), the overall and youth unemployment rates stood at 35.2% and 41.5%, respectively. These indicators clearly, or at least fairly, depict an existing undesirable employment situation in The Gambia which needs redressing, rather than severing, in order to bridge the gap between labour supply and demand for labour. A National Minimum Wage will increase staff cost of firms due to need for employers to improve the wages of workers earning below the minimum threshold. For employers to cope with the impact of the additional cost, they will most likely cut down firm size in terms of work force through redundancy and retrenchment policies or slowdown hiring new workers, or explore both alternatives. Both measures will inflate the unemployment rate and largely impede the chance of attaining the National Employment Policy goal.

A second direct consequence of implementing a National Minimum Wage will be a higher rate of inflation. Inflation can be affected in mainly two ways: a demand-pull inflation or cost-push inflation. With a National Minimum Wage, the average income increases; employees will earn more. Leaning on the basic “income effect” and “law of demand”, consumers (the employees in this case) will demand more of normal goods which eventually raises price levels (demand-pull inflation). On the other hand, employers will shift the additional cost they incurred on staff wages to final consumers by increasing the cost of their goods and services (cost-push inflation). We know the ease with which Gambian firms can do this, owing to the weak price control mechanism and virtually free market practices. With Gambia’s current inflation rate estimated at 7.6%, (GBoS, CPI Report, January 2021), a further leap in price levels will certainly not be desirable to consumers.

Thirdly, a National Minimum Wage implementation can lead to more employee exploitation than it is perceived to be case under the current status quo. With an increasing level of unemployment and a constant but relatively high inflation rate, the ultimate goal of individuals will shift from getting good wages to getting “anything for survival”. Laid off employees and new job seekers will be threatened by the need to meet their basic financing activities. These desperate workers could be forced to accept informal or “black market” jobs for which they will not hesitate to receive over-the-counter wages which will be lower than the National Minimum Wage. Also, employers who are risk averse on the side of regulators than the employees can enter into written contracts with employees to satisfy the regulator while informally agreeing with the employees on lower wages. The 2018 Labour Force Survey showed that 77.42% of workers in The Gambia were informally employed. The employers look more advantaged by the National Minimum Wage, and the workers will only be left with a “take it or leave it” condition, thereby resulting to a rise in informal jobs.

Fourthly, the implementation of a National Minimum Wage, which increases cost to employers, can result in the reduction of employee welfare. Most private sector employees benefit from different welfare packages which are not factored against their wages. A popular one is the Medical Insurance Scheme which provides free access to medical services to employees and their “dependents”. Other packages include professional trainings, fitness facilities, annual bonuses, professional and academic club memberships, employee concessionary loans, other (privilege) allowances, etc. For employers to consistently provide these benefits to their employees, they have to ensure that their revenue and profit generation abilities are not significantly affected. In the event of a rise in wages, the tendency of slashing down these benefits as a cost minimization strategy will be high.

Finally, it is fair to state that The Gambia needs to boost its private sector investment in order to stimulate economic growth. It is, in fact, in this vein that the Central Bank of The Gambia directed the reduction of lending rates to a maximum of 15%, five percentage-points above the adopted policy rate at the end of the last quarter of 2020. Therefore, the institution of a National Minimum Wage will be counter-productive to the aforesaid monetary policy, thus discourage cost-sensitive investors (both foreign and local).

It is therefore conclusive to say that the implementation of a National Minimum Wage will have negative economic implications on The Gambia owing to the highlighted problems which can most likely arise from it. The purpose of its implementation will be greatly overshadowed by the very problems it seeks to address, hence unsustainable to implement a National Minimum Wage. The difficulty in determining a common Minimum Wage for all sectors of the economy further complicates the debate.

I wish to put forward three recommendations, the implementation of which should precede the institution of a National Minimum Wage. First, the government should shift its energy towards economic expansion through industrialization and private sector investment. Policies in this direction will create more jobs and the huge gap between labour demand and labour supply will eventually be narrowed down. Second, there is eminent need for the regulatory bodies to address the informal job market. A lot of Gambians are working under ambiguous employment terms because the information provided are mainly not discussed in detail at the time of hiring, or even presented in writing. Employees do not have clearly defined job descriptions, explicit remuneration packages or other benefits and entitlements. Finally, the government should empower the regulatory authorities in order to give them the authoritative muscles to advocate for the implementation of decent employment practices and adequately hold employers accountable for negligence of their obligations to employees. The three recommendations, not exhaustive though, will help solidify the ground for the institution of a National Minimum Wage if implemented exhaustively.

The author holds a BSc in Economics and Finance. He currently works as a Credit Risk Analyst.