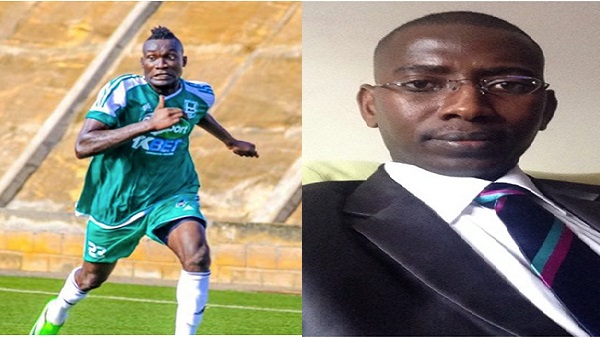 The appeals committee of CAF were yesterday served with the Appeal forwarded by the Gambia Football Federation against the dismissal of Gambia’s protest against Togo’s usage Adewale Oluwade.

The Gambia FA strongly believed among other things that the player is Nigerian and therefore not eligible to play for Togo in the October 12 2018 AFCON qualifier in Lome. Our source said the GFF is very suspicious of the player’s nationality documents, particularly over discrepancies in the name given for one of his parents in two different documents.
Caf dismissed the appeal, saying Togo has been able to establish that the player is Togolese but Togo admitted an administrative error with his name which according to GFF, quoting Caf regulations, is itself sufficient grounds to disqualify the Togolese side from the competition.

Last week the GFF formerly lodged an appeal against the Caf decision and reliable sources told The Standard the GFF is even prepared to go to Court of arbitration for Sports, CAS, no matter what it takes. An official familiar with such case said though the appeal was formerly received by CAF appeals committee yesterday, it could take another week or few days to reach a decision on the matter. The GFF’s decision to pursue the case has been generally welcome by football fans who are taking interest in the mater by the day.