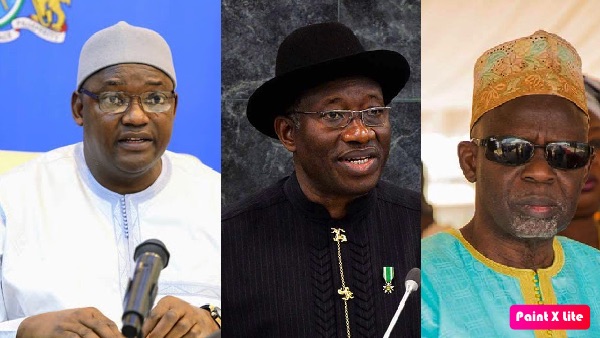 The Gambia government went away with a mixed bag of results from the latest round of negotiations on the draft constitution chaired by former Nigerian president Goodluck Jonathan, inside sources told The Standard.

In September, Gambian lawmakers rejected a draft constitution to replace the 1997 Constitution. About 31 National Assembly Members voted in favour of the bill while 23 members rejected it, depriving it of the two-third majority threshold required to pass it.

The Gambia government then controversially turned to mediation specialist and former Nigerian president, Goodluck Jonathan to find a consensus on certain changes in the draft with a view to sending it back to the National Assembly.

However, reliable sources told The Standard that though the latest attempt registered some progress on many matters, there is still no agreement on key contentious issues with both the government and opposition political parties present refusing to move from their positions.

Among those issues include the highly contentious commencement of the two-term limit, which the government insisted must not be applied retroactively as stipulated in the draft. The government also wants the president to keep the powers to appoint ministers without confirmation by parliament, appoint Secretary General and Inspector General of Police, instead of having the positions made independent as stipulated in the draft. Our source said the government also wants the president to appoint chiefs and be able to nominate people to the National Assembly.

According to the government, these provisions are enshrined in clauses that can be safely expunged from the draft without causing injury to its spirit and philosophical grounding.

However our source said the political parties present maintained that they will not accept any changes to the draft on the above matters.

Meanwhile, our source went on, there was a general consensus on many other matters such as the retirement package for judges, the 50+1 electoral requirement, impeachment of a president, confirmation of judges, citizenship, two-term limit, size of cabinet, age limitation for elective office, threshold of qualification for the office of president, appointment of the Speaker, recall clause dealing with cross–carpeting and residency requirement for elective office.

Asked what will become of the process, our source said government is determined to go ahead with their desired amendment and start the entire process of gazzeting it within three months and presenting it back to the assembly who will decide its fate.

Meanwhile, The Standard has reliably learnt that PDOIS did not send representatives to the talks. The party has made it clear that the matter of the constitution is an internal matter that can be handled by the National Assembly. All what is needed, according to PDOIS, is for the National Assembly to bring it back for members to decide to take it to referendum for the Gambian people to decide on it.