Dissatisfaction can be muted, but never silenced 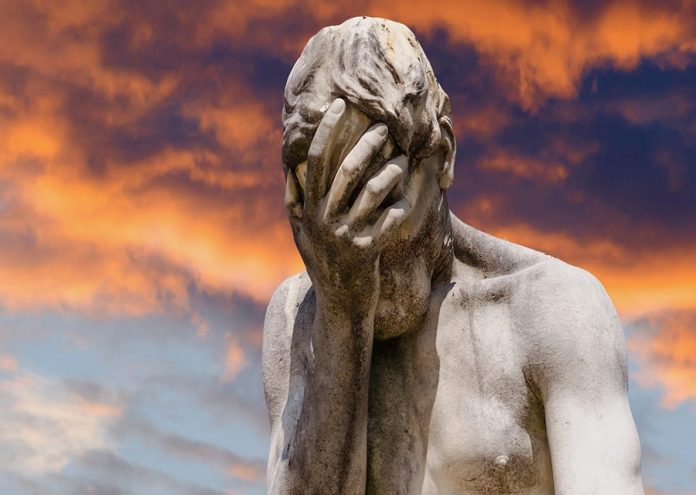 No one notices it at the beginning, but the heat gets stronger and suddenly the lava breaks through.

It is like a river of fire and destroys everything in its way. Wise people notice the warning signs at an early stage and move to a safer place.

Ignorant people ignore the signs until the day when it’s too late. Standing in the way of fire can only have one outcome; you get burned.

Lava destroys, but it also creates something new.

Look at this explanation I found on a website called Vocabulary.com: ”Catastrophe comes from a Greek word meaning “overturn.”

It originally referred to the disastrous finish of a drama, usually a tragedy. The definition was extended to mean “any sudden disaster” in the 1700s. Nowadays, catastrophe can be used to refer to very tragic events as well as more minor ones.”

In my search for the correct interpretation of the word catastrophe I stumbled over this explanation. Another interesting fill-up in my vocabulary.

It seems as people’s vocabulary has diminished since the Internet took over our world. They use strong words randomly, even the media express themselves that way.

Where is the deeper thought, the search for the correct expression? It is gone with the wind, the cyber space has taken over and short words in combination with laziness dominate.

People say they don’t have time to read books, but they can spend hours in front of a laptop computer, TV, tablet or their smart phones. When they finally lift their eyes from them, they are too tired to read.

Computer games, online gambling and silly videos on Youtube do not teach you anything about life.

You get amused for a while but these small kicks affect your brain the same way alcohol and drugs do.

You get addicted and you search for more and heavier kicks.

When you get out on the other side, what will you find? Stress, anxiety, debt, shallow thoughts about dancing half-naked women who bounce their behinds like mating baboons.

Where is the dignity in all of these? How will any of these improve your life? Men drool over videos of women exposing themselves in a way they would never allow their sisters or daughters to do.

Will this make a long lasting impact on your life, in a good way?
It is mostly people who have too little to do, who occupy themselves with gambling and so forth.

They don’t have a proper job that makes them tired at the end of the day, but also gives them self-respect. Restless, lazy, uneducated people who have no goal in life prefer to sleep a lot and spend the rest of the day with their idle business.

It is easy to blame one’s situation on others, but what about our own responsibility? A lot of people are sprung out of poverty, but with hard work and determination they managed to turn their lives around for the better.

Blaming others and giving up before you even have tried something new are signs of weakness and laziness.

There is always something that can be done to improve your situation. As long as there is life there is hope.

Some situations can’t be changed on your own, you have to get together and struggle for a common goal. This is what is lacking in The Gambia as well as other countries in Africa.

Take a football team as an example; you have 11 individualists but no team spirit.

The players are skilled, they are fast runners, they jump like antelopes but they can’t incorporate themselves to become a winning team.

Look at the world championships in football; how many times has an African team won? Never! As long as they can’t fight for a common goal, be team players and leave their egos in the locker room there is no chance for them to win the World Cup.

I come from a proud people too. Finns are proud and stubborn, but with insight comes change. Pride can, many a times, be confused with self-respect, but these two are not the same.

If you respect yourself you don’t allow others to boss you around, you know your abilities as well as your limitations.

If you hide yourself behind your pride you don’t allow the opinions, advices or directions of others. You believe that you are always right, that your decisions are the only ones that count. In a team like that you will find all players running in different directions.

Let’s say that the future of The Gambia is a championship we all intend to win. Will that be possible with two million individualists or should we try to work together as a team? The choice is yours, so choose wisely.

Let’s get back to the word ‘catastrophe’. Nowadays people use it in all kinds of situations, from splitting a fingernail to real catastrophes like when refugees drown in the Mediterranean Sea.

In 1994, something happened in The Gambia that gave the citizens hope at the beginning, but turned out to be a catastrophe in the end.

I am referring to the original meaning of the word, as quoted from Vocabulary.com: ”It originally referred to the disastrous finish of a drama, usually a tragedy.” Tragedy is what you call a drama with a sad ending, as opposed to a comedy).

The drama in The Gambia kept on for 22 years. It began as a surprise and ended with a twist.

The ”play” had been going on for far too long and the ”audience” were tired of the main character. Jammeh was popular in the beginning, but that changed when he showed his true colours.

I actually think that Jammeh could have been a great actor, he had the charisma and could magnetise his ”audience”. He was so convincing that it took a long time before the people who stood closest to him could see him through.

When that day came, Jammeh had got too much power and it was too dangerous to protest.

I have been working with drama and as an actress, I could see that he thrived by the attention he got.

He was shining like a great actor on the stage and his reflection blinded people.

A great manipulator is very charming and hides his true nature until he feels threatened. The charm is a thin layer of gold on a rotten core.

No one could anticipate the drama that should follow every step of the former president’s way. In old Greek dramas you have several characters that have a certain role in it.

These characters were not there just for our amusement or fright, they had a message for us.

They wanted us to ponder what we had seen, they raised questions and wanted us to find the answers within ourselves.

So what have we learned from Jammeh’s drama? What questions are we going to ask ourselves? What comes in to our minds when we think back of what we have seen or heard?
The Chinese word for ”crisis” is frequently invoked in Western motivational speaking as being composed of two Chinese characters signifying “danger” and “opportunity” respectively.

Isn’t that amazing? It feels like it is talking about The Gambia.

When we look back we see the crisis, you have felt the danger but you now have the opportunity.

You have the opportunity to create something new, but you must stick together.

You can’t have a team of almost two million individualists each pointing to a different direction. You need to stick together, leave prestige and pride behind you and do what is best for the team – for The Gambia.

The drama, as for going back to what Vocabulary.com tells us, comes with an overturn. Something unpredictable happens and to be able to handle that, you need some sharp and fast minds.

The Gambian drama certainly ended with an overturn no one dared to hope for.

When it was finally clear that Jammeh had lost the election, people celebrated and finally felt some hope for the future.

When times had been that bad for so many years it is natural to become a bit impatient and to expect fast changes.

For people who are used to a political and democratic process they know that changes take time.

If you stand in the middle of the euphoria, it can be easy to promise a little too much and afterwards some wish that they had bitten their tongue.

There is a problem with promises; those you are given are easy to remember, but those you give yourself are easily forgotten.

This is one reason why dissatisfaction is bubbling under the surface.

All the sweet promises and hopes that were floating in the air like soap bubbles, have disappeared with a ”pop”.

Are we satisfied with our ”team leaders”? No, it is obvious that we are not, and rightfully so, but do they become any better for every insult that is rained on them? How come that so many interpret freedom of speech with the possibility to say exactly everything you have on your mind and not using any filter? This is not only what goes on between common people and their ”spit bucket” – the government.

This is also between politicians and on every other level you can think of. I must say that I am happy that I don’t understand the insults written in Mandinka or Wolof on social media, the badly spelled English insults are enough!
If you would stand, face-to-face, with the person you wish to insult – would you say the same things? Would your mum be proud of you when you use that language, or would she pull you by the ear and wash your mouth with soap?
Going low only exposes your own level of character.

It can be tempting to smack someone in the face with the worst words you are capable of, but when you have calmed down – how do you feel then?
People are not automatically bad just because they don’t share your opinions.

If they say something you don’t understand; ask for an explanation.

If that explanation doesn’t satisfy you, or make your brain explode, then battle them with your own brilliant arguments.

Improve your vocabulary and use your words as your weapon.

If you change your mindset and begin to try to understand why people have some certain beliefs or opinions, you will broaden your mind.

You will begin to look at issues from a wider perspective and actually learn something from others.

Get together, find the strength in each other and discuss important matters respectfully. This way, you will be listened to.