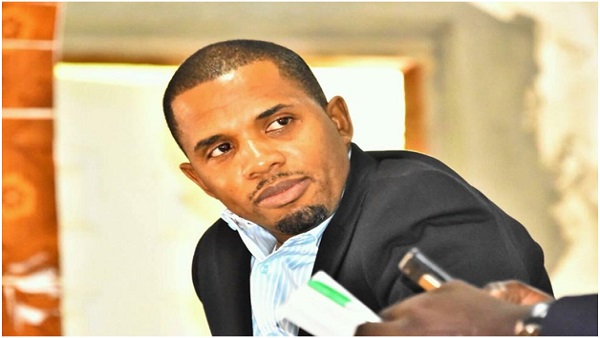 In the continuation of the interview from last Friday, anchor Alagie Manneh talks to the popular young university lecturer Dr Ismaila Ceesay, about his life and politics.

As a political scientist, what do you think the current reforms such as the SSR and CRC are going to give us and are we on track to delivering these?
Yes, those things are key because once we are able to bring a new constitution that can create those strong institutions, that can empower the different arms of government so that they can check and balance each other, the national assembly can function independently, checking executive, the judiciary… these are the branches that ensure power is not centralised and fused by one man with total disregard for other institutions. Once all these are able to function properly in the system, then dictatorship cannot thrive.

Was it true that you spearheaded the university boycott when Jammeh refused to stand down?
Yes, that’s true, I spearheaded it when he said he would not accept defeat. We thought it was an insult to the Gambian people. Jammeh was still here, and there was no Ecomig troop then. Nobody has ever come out, and I became the first Gambian to come out, even before the Bar Association, and spearheaded that. I called for a boycott until he leaves power.

You were very critical of the university administration for buying vehicles, do you think the university is in good hands?
I was never critical of the administration. What I was doing was to remind them of their responsibilities as university administrators and also to inform them of their priorities that the university is supposed to serve a particular purpose… that certain things don’t make sense. What happened was they bought new vehicles when we don’t have certain things that were important for the development of our students. That was a thing I raised and it became a big issue. It was something that was the position of the staff association, but Gambians personalise things and, because I was the president, they thought it was Dr Ceesay…

Why was your programme Giss Giss stopped on GRTS?
I have no idea, to be honest. There are many theories but I don’t want to go into theories, I don’t want to speculate. If they had written to us and said this is why, I would tell you. It wasn’t my programme, I was invited as an analyst.
Some of your critics say you are trying to make a name so that you will be known and eventually join politics?
If I want to be known, I will do it in different ways. These are critics; they have a right to their opinion obviously. What is important is, what we are doing, we are doing it to develop the country. We are not doing it to make a name. People have their opinions.

I was told that there is a new political party in the offing and that you are part of the initiators, how true is this?
I think we will put that question on ice. I don’t know, we will see how it goes. Watch the space, that’s what I can tell you, watch the space. If something like that is to happen, and that is a big if, you will be the first person to break the news.

Three years or five years, which side do you belong?
One, it is a moral-legal question, that President Barrow and his coalition partners sat and made a promise among themselves. My position has always been that a man, you have nothing but your words. If for any reason you cannot fulfill your promise, come back to those you have a pact with and tell them you know I made this promise but because of XYZ, you know, and there is a dialogue. It’s up to President Barrow to honour his promise he made not only with his coalition partners, but with the Gambian people. If it was me, I will honour that promise. Nonetheless, the constitution says five years, but that’s a legal issue. I Ismaila Ceesay, I don’t want to be thrown into the debate to be boxed between three or five years. That is not the issue for me. The debate should be how do we create a prosperous Gambia? How do we ensure that our children wake up and go to school and access quality education? How do we ensure that our women and children can go to hospitals and access quality healthcare? How do we ensure that we build the infrastructure needed so our people can move about? How do we ensure we build proper energy systems that can ensure people have access to clean water and electricity? How do we ensure we build an economy that will lessen our dependence on foreign aid, grants, remittances, name it? How do we build a country for five million people in 2045? That should be the debate. The debate should be on how we govern our country. For me, this shouldn’t have been an issue. You made a three-year promise and you came to power, I understand, it can be overwhelming – multiple reform processes ongoing at the same time. It can be difficult for anybody but simply go back and have a word with the people you made the promise to. Tell them I made a promise but allow me to stay on. People are reasonable, but the confrontation and approach was wrong. The reaction to it might also backfire. That is why I said The Gambia is in a dilemma. If Barrow refuses to step down, it sets a bad precedent and a wrong signal to our young people who want to become politicians that it’s okay for politicians to lie. It is bad for Barrow’s integrity too. But if Barrow is forced out through a popular uprising, that sets a very bad precedent for our country. It’s going to reset our democratic culture whereby we would start a trajectory of presidents not finishing their terms like we are seeing in Guinea Bissau and in other parts of the world. We need to be careful how we handle this. I think dialogue is important. For 54 years, we have self-perpetuating rule. God helped us and gave us an opportunity to remove a government. That is why the spirit of the MoU was that you serve for three years and resign. It is going to be the first time in our political history for a president to serve a short period and resign. It is going to reset our democratic culture and the trend would continue but if we don’t handle it properly and the president is forced out through popular uprising… So we are at a cross roads. We need to be careful how we handle it.

People felt your “clueless president” remarks to President Barrow were insulting, even if it is true because in Africa we don’t speak to elders like that.
I don’t think it’s an insult. The funny thing is that those people, who are saying that I insulted him by calling him a clueless president, are the same people who are calling him clueless now. So it’s hypocrisy. One thing I will tell you, I will never insult President Barrow. If I insult him, I am insulting myself. He is the president and I respect him.

Is Barrow the man to take us to the promised land?
…If your question is whether Barrow is the right man to give us development, no, he is not the person who can give us that development. He hasn’t proven himself to be having that vision to… I haven’t seen it yet. He is doing what he can to reform the system. So for now, he is our president.

President Barrow asked you publicly ‘where were you’, you still haven’t answered this question.
I don’t have to answer. He knew where I was. I was at the university shaping young minds and preparing them for nation-building.