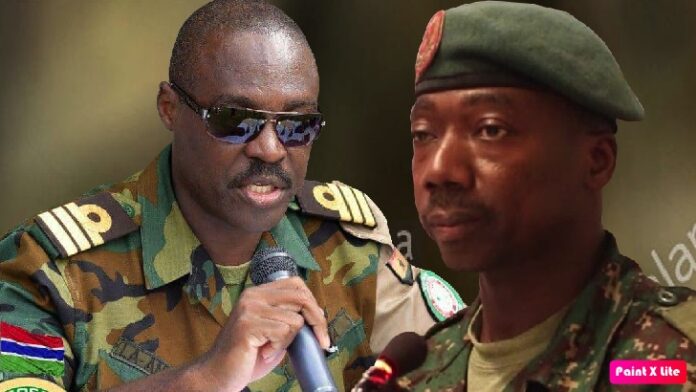 The Ecomig spokesman, Commander Andy La-Anyane, has told The Standard that the reported shooting in Foni Bajagarr has nothing to do with the West African troops stationed in the country.

Brief panic gripped the people of Bajagarr on Saturday when a Senegalese soldier reportedly fired four rounds in the air as their convoy in went past the village.

The Senegalese soldiers were reportedly travelling to Kanilai when the incident happened. The soldiers have since apologised to the villagers.

When contacted for comments on the issue, the Ecomig spokesperson Andy said: “I have confirmed the issue with our commander and I can inform you that the shooting has nothing to do with Ecomig. I will advise you to crosscheck with the police at Bajagarr. They can be of help.”

The Army spokesperson Major Lamin Sanyang said  GAF has not been officially notified about the shooting but he was quick to say that “such things do happen”.

“We don’t know the circumstances surrounding the said incident but if it is the way they are saying it is, those things do happen. We call it negligent discharge in military terms. There is a safety catch, if you fail to close it properly it could trigger at any time. Sometimes it could even kill you or cause injury to your colleagues,” he said.

When contacted for comments, the police spokesperson Superintendent Lamin Njie promised to check. However, he did not get back to us until press time.