The Office of the Vice President in collaboration with Ecowas Electoral Assistance Division under the department of social affairs organised a stakeholder forum to implement the Ecowas gender and election strategic framework within member states.
Politicians from various political parties and other civil society organisations took part in the 3-day forum organised at the Laico Atlantic Hotel.
The consultative forum was designed to promote women’s participation in politics and representation in democracy and governance.

It was also initiated to share best practices on benefits of women’s participation in the electoral process.
The Commissioner for Gender and Social Affairs at the Ecowas Commission Dr Sigga Fatima Jagne said the forum provides discussions on the conceptual framework of gender in electoral cycle and the barriers that women face in the electoral process in West Africa.
“The framework also provides direction for the potential role electoral stakeholders should play to enhance women participation and representation.

“As part of efforts of the Ecowas Commission to build long term capacity and advocacy for women’s political participation in West Africa, it conducted national forum in Burkina Faso, Ivory Coast and other member states with various ministries responsible for gender to access barriers that are confronted by women in the electoral process in West Africa,” she stated.
The Executive Director of the Women’s Bureau, harped on inequality in politics, saying it remains a major barrier to representative democracy, peace and security and human development in West Africa. 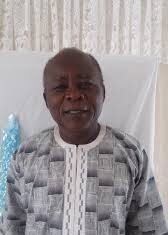 January 25, 2021
By Charles Sarr Thomas (in-law and family friend) A big tree has fallen! A great son of the soil has passed on! How shall we mourn...